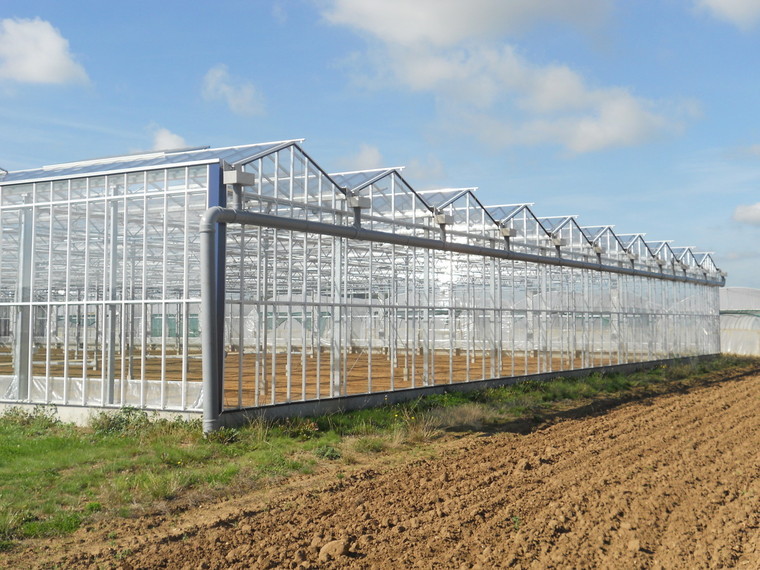 The 800m2 Venlo structure glasshouse was originally built by CambridgeHOK for Hadlow College.

However, with Hadlow College being acquired by North Kent College last year, the glasshouse now needs to be relocated from the current Court Lane campus to the College’s main campus site based in Hadlow.

It means the team at CambridgeHOK has had to carefully plan its deconstruction, labelling and storing thousands of parts as they removed piece by piece.

It will then be transported and rebuilt with new irrigation tanks and blackout screens added to improve performance.

“It’s an interesting challenge and certainly far from the normal glasshouse projects we take on,” said project manager Elliot Wrightson.

“We only built it a couple of years ago but circumstances at Hadlow College have meant that it needs to be moved, so it is a job which needs careful planning. Thankfully it has been retained in excellent condition, so that makes the job easier.

“We’re now at a stage where our teams are working on one project, but two sites, and we have been stripping out the internal mechanical, electrical and irrigation systems ahead of removing the glazing panels one by one, and at the same time another team has been starting the groundworks ready for the foundations to be laid at the new site.

“The plan is for the new site to be ready for building work to start as soon as the deconstruction is complete, and we aim to have the glasshouse up and running at its new home by early Summer.”

Chris Lydon, Interim Vice Principal, Hadlow College said “Hadlow College is very excited by this project and working with CambridgeHOK on this challenging build and are very much looking forward to the opening in July 2022.

“The state-of-the-art facility will support our horticultural students in their studies and prepare them for their future careers in industry. The project represents the capital investment being made by the College to enable current and future students to be taught in a modern, high quality glasshouse.”