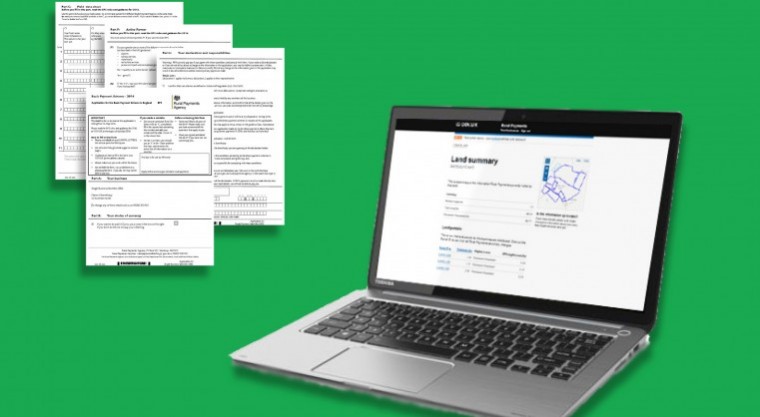 Naomi Quick from Bruton Knowles’ Guildford office said errors in BPS submissions in 2015 had been a major factor in payment delays.

She said: “Last year the new web based system brought in by the Rural Payments Agency (RPA) to manage the Basic Payment Scheme for farmers and landowners became another statistic in a long list of failed government IT development projects.”

The idea, as part of CAP reform, was to remove the inefficiencies of the old paper based system by allowing applicants to submit annual claims, map land, alter personal and business details and transfer entitlements on-line. From the outset it was beset by a host of issues including a lack of broadband provision in rural areas.

While many were not surprised by the failure of this on-line system, it was all rather embarrassing for the RPA who maintained until the 11th hour that the system was fit for purpose, when it clearly was not.

This year, now that it is up and running, applicants are also being advised to double check that all required information, including entitlement transfers, are correct, again stemming from issues with the online system and the last minute switch to paper forms last year.

Some claimants are still waiting for their 2015 payment and others have received payments well below what they were expecting, which could be down to paper RLE1 processing delays. Farmers therefore need to check their claim statements carefully when they receive them as uncorrected errors will be challenged by the RPA next year.

Rural affairs specialist Naomi Quick is advising farmers to be aware of the May 16 deadline and to ensure that they make provisions to get their claims submitted in plenty of time.

She said: “The application window has been open since mid-March and it is now imperative that farmers start getting their applications together. There’s nothing worse than a last minute rush to get an application in on time.

“Our advice is to get in touch with rural surveyors who are submitting these forms on a daily basis, and we’ll guide them through all that is required making sure they comply with the minimum of fuss and disruption to their working day.

“Even though the online system is now up and running the fact that BPS field parcel amendments still need to be made in RLE 1 paper format will leave room for the errors which were identified as a major contributor to delays in payments this year. Therefore, if farmers want the correct payment on time it is essential to get it right.

“Some will want to complete the application themselves but as it is far from straightforward my advice is that they seek professional advice before they submit their applications, even if it is simply to check for errors.

“Most rural property consultancies will provide a full application completion and submission service but for those farmers who want to save cost by completing their own claims, it would be money well spent to ask for a pair of professional eyes to look over the paperwork prior to submission.”

In addition this year’s applications must now list an ‘accountable person’, this is ‘someone who makes the decisions on how the business is run and who benefits financially’. In some instances it may not be possible to provide these details, in such cases the RPA have asked to be notified and will provide information on how to comply.

Naomi concluded: “There is a lot to consider for the already time-stretched farming community. Clearly a switch to an online system is more efficient but with poor broadband in many rural communities there will remain the necessity to apply on paper again this year. Instructing an advisor to check your claim could be very helpful in ensuring errors are removed”