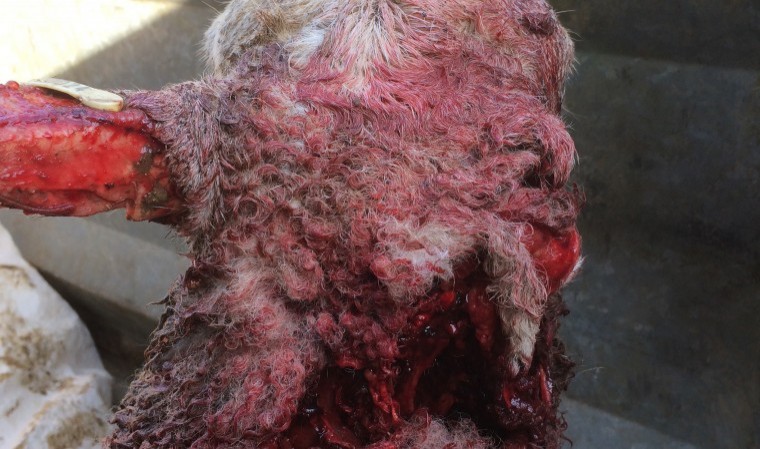 “I was up at 7.30am checking the stock and I think this must have happened between 6am and 7am,” said Mr Passmore, who lambs 350 pure Lleyn and Texel cross Lleyn ewes at Applesham Farm near Lancing. “It was horrific and even the vet was taken aback.”

Since the attack, the NFU has warned dog walkers to keep their pets under close control when walking in the countryside.

The field where the attack happened is fenced off but there is a footpath running adjacent to it. “I would imagine the dog came under or over the fence,” Mr Passmore said.

Although Mr Passmore reported the incident to the police, they have not found the culprit. “There is not a lot they can do because there were not witnesses and no one has come forward to date.” The farm is north of the A27 on the edge of quite a large urban area covering Lancing and Worthing. “There are areas around here where a lot of people walk their dogs – and some dog walkers who do it for a living,” said Mr Passmore.

Tim Potter, from Westpoint Farm Vets, attended to the ewe and said: “The attack was particularly savage, with multiple severe wounds consistent with dog bites. The ewe had one ear missing and a six inch deep wound stretching right round the back of her neck. Unfortunately we had to put her down.”

James Osman, NFU Sussex county adviser said: “Most dog owners and walkers are considerate, but we are very concerned at the rising number of attacks on livestock by dogs that we hear about from farmers.

“Even if dogs don’t physically attack livestock, chasing them can cause pregnant cows and sheep to abort or lead to panicked stock getting tangled up in fences.”

Figures from Sussex Police show that there were 121 recorded cases of livestock worrying in 2014, but this is often only a small proportion of the actual number of attacks.

Mr Osman added: “Livestock worrying is a crime and the law allows farmers to shoot dogs that are worrying livestock and owners could be prosecuted. We ask anyone who sees livestock being chased by dogs to contact the farmer or police immediately.”
The NFU has issued advice to dog owners as part of its “love your countryside” campaign. More information is available at www.nfuonline.com/back-british-farming/love-your-countryside/latest-you-your-dog-and-the-countryside/

As well as the sheep, the farm has 60 suckler cows and up to 500 acres of wheat, barley, oilseed rape, peas and beans. “We have finished harvesting the cereals and there are about 30 acres of beans to do,” Mr Passmore said on 2 September following about two weeks of rain. “We have good quality crops and yields – although the tail end has not been so good.” Mr Passmore’s uncle has been measuring rainfall for the Met Office since the late fifties. “His figures show this has been the third wettest August since 1960.”