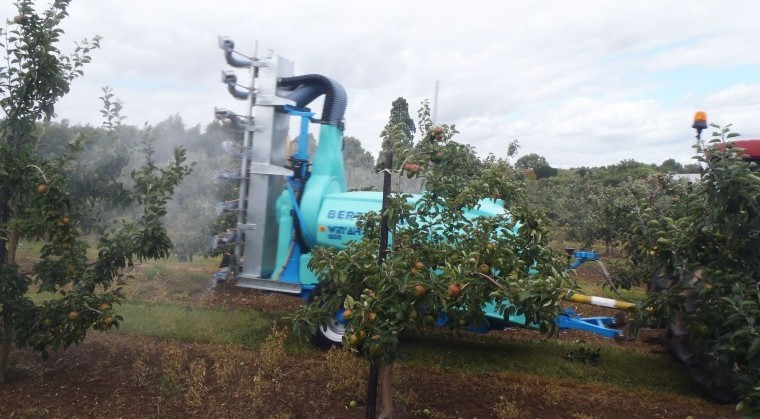 The ban will have an impact on the South East where much of England’s top and soft fruit production is concentrated. Chlorpyrifos is an organophosphate insecticide which was introduced in 1965 by Dow Chemical Company and is known by many trade names, including Dursban and Lorsban.

But following a European Union review, new human health based safety levels known as endpoints were agreed in 2015 for chlorpyrifos, making the chemical a risk to operators.

Risk assessments carried out by the Health and Safety Executive (HSE) and endorsed by the expert committee on pesticides which advises government ministers have found that most currently authorised uses of chlorpyrifos exceed these new endpoints.
As a result – and with the cooperation of product authorisation holders – HSE is withdrawing these uses from the market.

The changes mean that:

“We strongly recommend to only order/purchase what you know can be used before 1 April and for agronomists and advisors to only recommend what they know can be applied by growers before 1 April,” said Mr Sellars. “For growers the oldest packs of Equity or Dursban WG should be used first and avoid being left with any opened (part used) packs.”

He explained that only chlorpyrifos-ethyl was effected by the ban, whereas the use of chlorpyrifos-methyl – which has the trade name Reldan 22 – for removing insects from the fabric of grain stores and as an admix to grain going into stores will remain.

One of the uses for chlorpyrifos in arable farming is to control wheat bulb fly, which lays its eggs in exposed soil in July and August to hatch from January to March in the following year, depending on soil temperatures. Once hatched the larvae move through the soil and bore into the base of cereal plants and feed on the central shoot. Chlorpyrifos is also used to control leatherjackets, the larvae of crane fly, in cereals and grass. Adults lay up to 300 eggs between July and September on grassland or grassy stubbles. They hatch within two to three weeks and grow into larvae from October onwards. Leatherjackets cause damage by feeding on seedlings below and above ground.