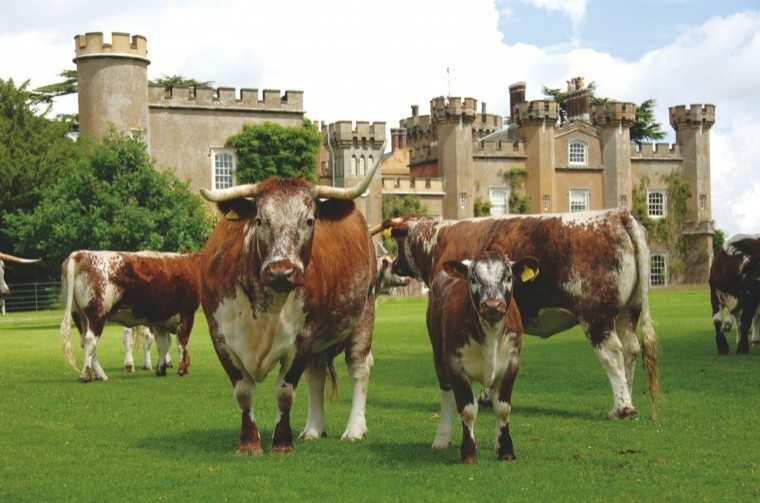 Visitors booking the safaris encounter herds of horses, cattle, deer and pigs as they roam freely across the West Sussex countryside. The animals affect the vegetation in different ways, helping to create a mosaic of habitats including open grassland, regenerating scrub, bare ground and forested groves. The Longhorn cattle create paths through scrub, spread seeds and create a distinct browse line, while the Tamworth pigs root up the ground looking for food. Exmoor ponies and deer also browse the sallow and other tree species, particularly the young saplings and seedlings, and strip bark, especially when food is scarce in winter.

Knepp has safaris with vehicles and guided walking tours to showcase its birds, butterflies – including the elusive Purple Emperor – beetles, reptiles, plants and fungi. There is a choice of accommodation in shepherd’s huts or luxurious tents: alternatively, visitors can pitch their own tents in the Wildland campsite.

Sir Charles said he did not want the kind of traffic seen on some African safaris. “We want to have as small an impact as possible on the animals,” he said. “We want to control the numbers which come to us – they cannot drive themselves round the estate.” Instead, two Pinzgauer Austrian troop carriers take between 10 and 12 visitors at a time.

At certain times of the year such as the deer rut, smaller groups are taken out to see what is happening. “For something like 12 years, we have been showing between 600 and 700 people a year what we are doing anyway,” Sir Charles added. “There has been a lot of interest in this type of conservation, and that interest is only growing.”