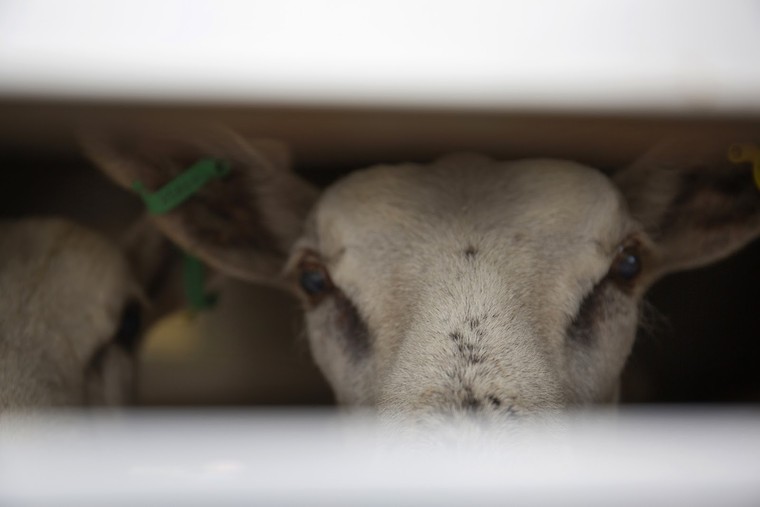 The RSPCA today (WEDS) welcomed the two Governments announcements to finally end live exports for all purposes but breeding and introduce a number of new measures to improve the welfare of farm animals transported live internally, after campaigning on the issue for 50 years.

DEFRA and the Welsh Government have announced new measures to end the live exports of farm animals for slaughter and further fattening from Great Britain and improve internal transport including reduced maximum journey times, better space allowances such as more headroom, and stricter rules during extreme weather, to raise welfare of farm animals during transport.

The ban on live animal exports for slaughter and fattening could be delivered as early as January 2022 as the legislation is already going through Parliament.

Every year thousands of farm animals are exported from the Port of Ramsgate in Kent to be driven across Europe to be slaughtered, or fattened for later slaughter. Most commonly sheep and dairy calves have been exported from the UK overseas on gruelling journeys that can last indefinitely , exhausting the animals and causing suffering and even death.

These long journeys can cause animals to suffer from fear, exhaustion and dehydration, temperature extremes and lack of food, water or rest. Their welfare is also no longer protected by the UK’s standards once they have left the ports, and they may be fattened or slaughtered in systems that would be illegal here in the UK. Scottish calves have even been exported to the Lebanon where they are transported and killed by methods illegal in the UK.

The RSPCA has been campaigning on the issue of live exports for more than 50 years, during which time milestone successes included the port of Dover refusing exports and numbers of animals exported falling from over two million to a few thousand, carried by just one former tank carrier . The RSPCA/CIWF initiated Calf forum played an important role in ending live exports of calves reducing them from tens of thousands to zero in 15 years by establishing opportunities for calves to be reared on in the UK rather than sent on journeys that could last nearly 100 hours.. Eurogroup for Animals’ ‘Stop the Trucks’ campaign which was supported by the RSPCA campaign resulted in 1 million signatures across the EU to end live exports.

Director of Advocacy and Policy at the RSPCA Emma Slawinski said: “For as long as I can remember there have been live export shipments out of the ports in southern England and every time it has been heartbreaking to think what the animals on board have suffered and endured. To know that now the RSPCA’s campaign has been a success and this practice will finally be brought to an end is a cause for celebration.”

Under the stricter new measures journeys over 65km will:

RSPCA Chief Executive Chris Sherwood said: “We are absolutely thrilled that the live export of animals is finally coming to an end after campaigning on this issue for more than 50 years. There is absolutely no reasonable justification to subject an animal to an unnecessarily stressful journey abroad simply for them to be fattened for slaughter.

“This is a victory for every single person who has signed a petition, demonstrated at the docks, wrote to their MPs and leaders and most importantly for the animals.

“We also welcome tighter controls over transporting live animals within Great Britain as it’s a time when they can suffer stress and injury and their welfare needs to be protected.”