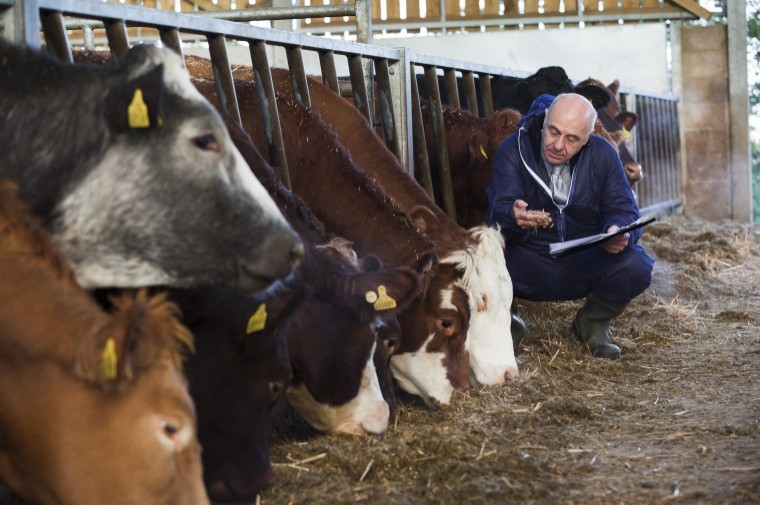 RSPCA Assured label replaces the RSPCA’s Freedom Food mark on eggs, meat, dairy products and fish sold in supermarkets and shops throughout the UK. The RSPCA says the new label makes it easy to find products from animals that have had a better life.

RSPCA Assured means the product has come from a farm inspected to the RSPCA’s higher welfare standards – whether it is an indoor, outdoor, organic or free range farm. These standards include, for example, giving animals plenty of space to move around, natural light and things to do such as straw bales for chickens to peck at or straw for pigs to root around in.

Rebecca Lenik from RSPCA Assured – which is based in Horsham, West Sussex – emphasised that it was only the label on food packs which is changing while the standards and the scheme’s operation will stay the same. There are 3,500 members of RSPCA Freedom Food – now known as RSPCA Assured – although a single farm may have some units under Freedom Foods, some under the organic Soil Association standards and some under an industry baseline scheme.
There are about 90 members of RSPCA Assured in the South East, and the figure includes everyone in the food chain from farms to hauliers, packers, processors and abattoirs. The RSPCA also has had 13 enquiries from people in the region interested in becoming members.

Ms Lenik said RSPCA Assured is solely focused on improving farm animal welfare. Because schemes such as Red Tractor cover welfare at a base line level, she said there are differences between the two. “Our standards require more room for chickens to move around in, for example,” said Ms Lenik. “We do allow hens to be kept indoors, but they must have enough space to move around, flap their wings, perch and express natural behaviour.”

RSPCA Assured does not allow the enriched cages which replaced traditional battery cages. “They are glorified cages in which the birds still don’t have enough space to move around.” Beak tipping – the removal of a small bit at the end of the bird’s beak – is allowed.

Tail docking of pigs, however, may only be allowed in exceptional circumstances. “You would have to write into the RSPCA to get permission before you did that,” Ms Lenik said. Farrowing crates cannot be used, and sows have to be able to move around in straw to build a nest while farrowing.

Dr Marc Cooper from the RSPCA farm animals department said that antibiotics were only permitted for use as and when required. “They cannot be routinely provided,” he explained. “If there is a health issue which requires treatment and if antibiotics are prescribed by a vet, they can be used in those circumstances.” But generally, the RSPCA prefers good management practices – such as sound stockmanship and biosecurity – which can avoid antibiotic use.

Standards are written by the RSPCA itself and not RSPCA Assured, said Dr Cooper. “We aim to publish the standards every two years and often there are a number of updates. They are under constant review.”

RSPCA Assured products are being rolled out into Sainsbury’s, Aldi, The Co-operative and Lidl this month. The new label will continue replacing the Freedom Food label on products in supermarkets and shops over the next 12 months. A television advertising campaign to promote the new label will launch in September.