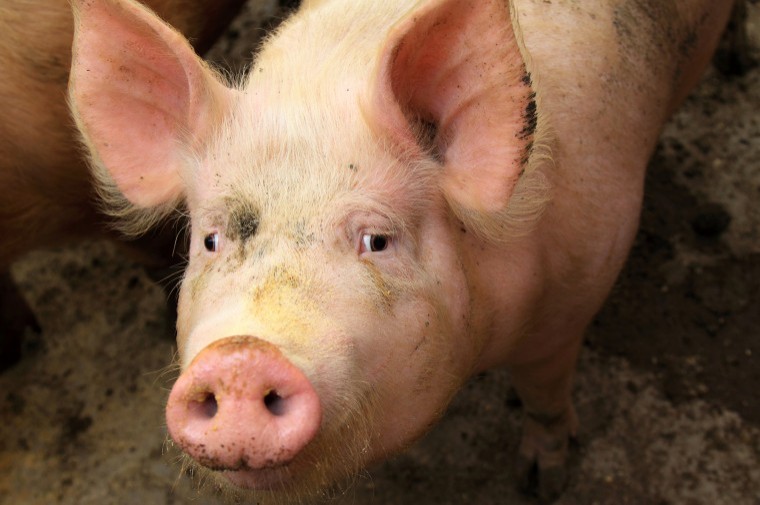 Colistin is called an antibiotic of last resort, and it shot into the headlines at the end of last year after a resistance gene called mcr-1 had been found in China in pigs, raw meat and human infections.

Colistin is used for the mass medication of intensively farmed pigs and poultry and scientists think the mcr-1 gene has spread from farm animals to humans.

But to find out exactly how much was sold for use, the Alliance To Save Our Antibiotics had to submit an FoI request to the Veterinary Medicines Directorate (VMD). This showed that 837 kilograms of colistin were sold for use in British farm animals in 2014, whereas just 300 kg are used per year in human medicine. In Europe as a whole, 545 tonnes is used in farm animals, which is more than 500 times higher than the amount used in humans – about one tonne. The use in farm animals in Spain (177 tonnes), Italy (133 tonnes), Germany (124 tonnes) and France (50 tonnes) being particularly high.

Since the Chinese discovery of mcr-1 in November, scientists around the world have been re examining their collections of bacteria from farm animals and humans for the gene. The VMD found the mcr-1 gene in E. coli bacteria from two separate pig farms and in one stored E. coli from a pig. Public Health England (PHE) said the gene had been found in three E. coli from two separate patients. The E. coli from the human patients were also resistant to the critically important cephalosporin antibiotics.
The colistin gene was also found in ten human salmonella infections and in salmonella from a single imported sample of poultry meat. The earliest British positive sample was a salmonella from 2012.

In the past few weeks, the resistance gene has also been found in Denmark, France, the Netherlands, Portugal and in several Asian and African countries.

Following these findings, PHE said colistin is mainly used in the UK to treat multidrug resistant Gram negative bacterial infections. Development of colistin resistance from transfer of the mcr-1 gene between man and animals would severely limit treatment options further, and even result in untreatable infections. The VMD has increased surveillance for colistin resistance, and prescribing vets have voluntarily updated guidelines to restrict use of colistin in animals while the implications of this new resistance are investigated more fully.

Last year’s 2015 study in China found new evidence of a link between animal use of antibiotics and resistance found in humans. Scientists examined areas in China where colistin is routinely given to pigs and they found Colistin resistant E. coli in 21% of 804 pigs in slaughterhouses and in 15% of 523 raw pork and chicken meat samples.

“Those rates of resistance are bad enough, but what made this report far more disturbing was that these bacteria all had colistin resistance that could easily be transferred between different bacteria, something that had never been reported before,” said a review of antibiotic resistance which was published in December and chaired by economist Jim O’Neill following a request by David Cameron.

The China study also found that about one per cent of hospital patients sampled were infected by E. coli or Klebsiella bacteria that had the same piece of DNA, making them resistant to colistin too.

“The most plausible explanation for the wide occurrence of this newly discovered resistance gene in animals and meat is that bacteria with it have been selected by farmers giving colistin to their animals,” said the O’Neill review. “It seems clear that this use in agriculture has led to humans getting infections caused by resistant bacteria. We need to take urgent steps to make sure that the use of antibiotics in animals that are important for human use, are restricted and where necessary banned.”