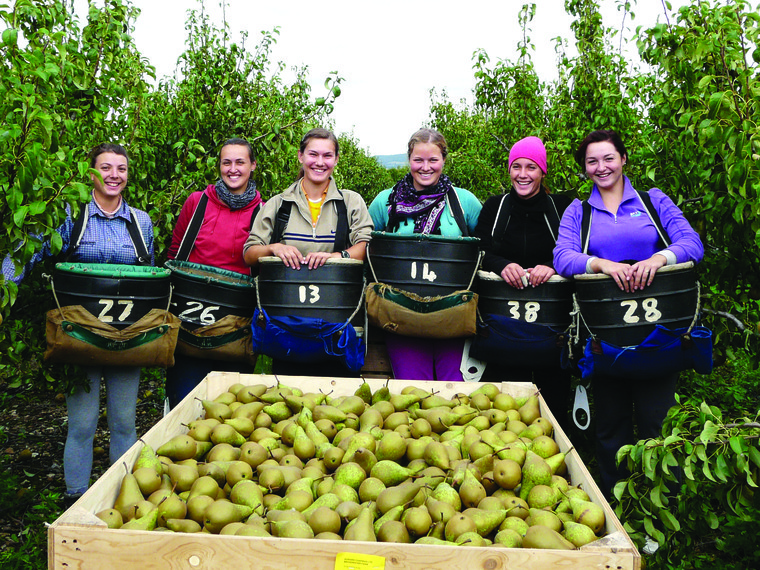 Growers across the South East had the workforce they needed to harvest this year’s crops after a recruitment expert pulled out all the stops to find a reliable source of overseas labour.

It was a close-run thing in a high-pressured scenario, helped only by the cold weather that delayed the growing season. Doug and Estera Amesz, founders of A G Recruitment, said they felt there was “a gun at our heads” as they fought to avert a potential crisis caused by late announcements and delayed decisions regarding the seasonal workers pilot scheme.

With workers from Bulgaria and Romania less keen to travel to the UK and pre-settled and settled status workers increasingly unwilling to pick vegetables and fruits on British farms, Doug spent several months in Ukraine lining up a reliable source of workers.

A G Recruitment was selected as one of two new agencies invited by DEFRA and the Home Office to recruit the 30,000 overseas workers allowed into the country this year – although he wasn’t able to tell anyone, or start working properly, for many weeks while the necessary red tape was untied.

Doug’s decision to switch his sights to Ukraine meant he had to set up four new offices and recruit and train 15 new people to staff those offices. “In effect I had to set up what was essentially a new business,” he recalled.

Having done so, the news for the UK’s growers is good. “The Ukrainian workforce we are now bringing over is keen, skilled and as good as any we have recruited in recent years,” he told South East Farmer.

A G Recruitment has managed to cope with the demand for workers so far this year but is warning that the Government really needs to move quicker ahead of 2022. “We need to know if there is going to be a scheme – and we certainly need one – and how many people we are going to be able to recruit,” Doug said.

“We really can’t be left waiting until December again as that simply doesn’t allow enough time to find the right people, organise visas and transport and get them on to the farms here in the UK. We were saved this year by the coldest spring in 25 years, which delayed the growing season considerably, but we really need an earlier start next year.”

Demand has been high for overseas workers to help with this year’s harvest, but Doug still has some headroom left within the 7,500 visas he is able to allocate.

While the allocation is an annual figure, there is some flexibility at the end of the year, which means horticultural businesses that know they will need help in the first quarter of next year should contact A G Recruitment now. “We can use the last of this year’s visas to recruit workers in December, as long as they travel to the UK early in 2022,” he explained.

AG Recruitment, one of just four agencies trusted by the Home Office to bring seasonal workers into the country this year, has developed a strong reputation for the quality of its picking teams and has helped many growers avert a potential crisis this year.

Looking ahead, Doug is already lobbying to make sure that the recruitment of next year’s seasonal workforce is less rushed and has stressed that the Government must “get its act together” more quickly this time. The business is also looking to set up another operation in Russia as it broadens its recruitment options.

As well as lobbying for earlier decisions ahead of 2022, Doug is looking more broadly at ways of ensuring growers and recruiters work together to deliver the best service to the industry. One suggestion he plans to campaign against is the idea that growers should cover the costs of visas and transport, something he describes as “completely unworkable”.

With the numbers of pre-settled and settled status workers prepared to pick fruit and vegetables in the UK dropping sharply and the domestic workforce showing no sign of being willing or able to pick up the slack, Doug said the Home Office needed to allow at least 60,000 seasonal workers into the country next year.