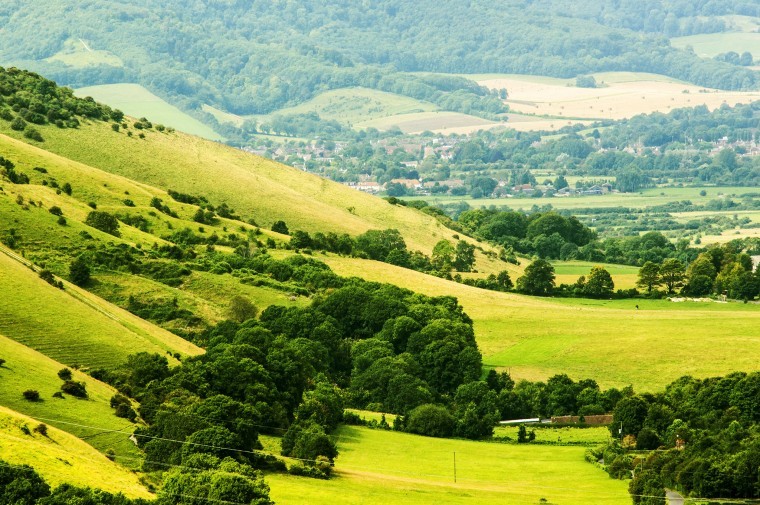 In a radical break with traditional policy which has paid farmers to concentrate conservation on their own farms, the Arun to Adur Farmers Group is being paid to manage vast swathes of land across different farms. The project has been agreed with Natural England, and is an answer to conservation organisations which have long criticised green schemes on farms funded by the government and European Union for providing a patchwork of habitats without doing much to help the wider landscape.

With 24 farms and estates already signed up covering more than 20,000 acres, the group has ambitious plans for farmland birds such as lapwing and grey partridge; working with the national park and water company to improve water quality by reducing nutrient pathways through the chalk; helping uncommon plants of arable fields such as the cornflower; conserving flower rich chalk grassland; and, within the river valleys, encouraging water voles.

“In the Arun Valley which is down to permanent grassland, we want to increase diversity by encouraging more fen-like lusher and wetter vegetation and more in field pools further into May and June for lapwings,” said Colin Hedley, a local conservation adviser who will be paid part time to help farmers with the project. “We are also hoping the stone curlew will return to the area. One hundred years ago, Sussex was a bit of a stronghold for the bird.”

The group will have £22,000 a year to spend and £110,000 for the five years of the project. Being part of the project will improve farmers’ chances of moving into the middle or higher tiers of the new countryside stewardship scheme (CSS), Mr Hedley explained. Joining the project will not prevent farmers from applying for the new CSS. “This funding is to help farmers deliver over and above what they have done and would do under environmental stewardship and CSS.”

The funding will also pay for specialist training to help farmers develop their knowledge of the environment on their farms. Occasional farmer meetings and walks will allow knowledge to be shared. An annual farm walk is also planned so that local residents can visit part of the project area.

Earlier this year DEFRA and Natural England launched a new national facilitation fund to encourage groups of farmers to work together and achieve a higher standard and scale of conservation management than would be possible on individual holdings. The project is funded by the European Agricultural Fund for Rural Development and is part of the rural development programme for England. It is competitive and only 19 bids were successful in the 2015 round: the Arun to Adur Farmers Group is the only project to be granted funding in the South East.

Mr Hedley grew up on a farm and runs a smallholding where he makes hay and keeps cattle which are grazed elsewhere. He said: “There is a feeling of great excitement about doing conservation on a landscape scale, by providing ideal conditions for wildlife in a locality – even if this is across several farms, by creating habitat links and stepping stones across the area, and by thinking strategically as to how soil and water management can be improved to benefit local residents.”