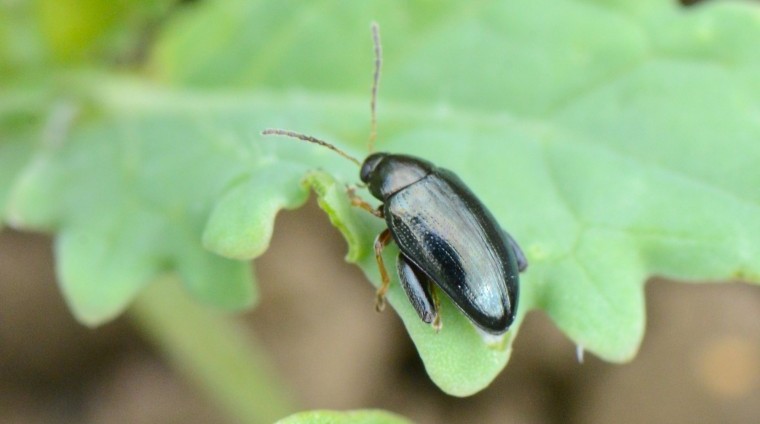 Farming organisations have warned that the beetle would wreck the UK’s oilseed rape crop after a European Union ban on neonicotinoid pesticides that were used to kill the insect.

Researchers found that the oilseed rape area lost to beetle damage in the East Riding of Yorkshire came to 13%, compared to just six per cent for Essex, Kent, East and West Sussex and Hampshire. Norfolk lost 10% of its area, Suffolk 16%, Northumberland and Durham 14%. But Oxfordshire, Buckinghamshire and Berkshire lost only five per cent.

The oilseed rape area has dropped for all sorts of reasons,” said Charles Scott, who wrote the report with his colleague at Newcastle University, Paul Bilsborrow. “In our survey, we found that rotation and price were more important reasons for stopping rape than the flea beetle.” The report was jointly funded by Rural Business Research and the Instiute of Agri-Food Research and Innovation at the university.

Mr Scott explained that in the derogation area of Suffolk, Bedfordshire, Hertfordshire and Cambridgeshire, farmers could apply for seed treated with neonicotinoids. “We looked at eight farms which used treated seed versus 15 which did not,” he said. “In these high risk areas, the farms which did not have treated seed were using four times as much pesticide active ingredient as those which did not.”

The UK oilseed rape area has fallen from a peak of 756,000 hectares in 2011/12. An increased incidence of damage caused by the beetle is being reported as an important reason for this decline following the ban on the use of neonicotinoid dressed seed in December 2013.

The study of 204 Farm Business Survey farms in 2015/16 aimed to investigate the effects that the ban was having on the area of crop grown, the damage being caused by the pest and alternative strategies and chemicals being used to combat beetle.
The study showed an area of 13% less was grown than for harvest 2015.

The total recorded area lost to the beetle in England was five percent of the area planted, which was higher than the three per cent recorded in the previous season (2014/15).

The amount of active ingredient used was much lower at about half of the amount applied in 2014/15.