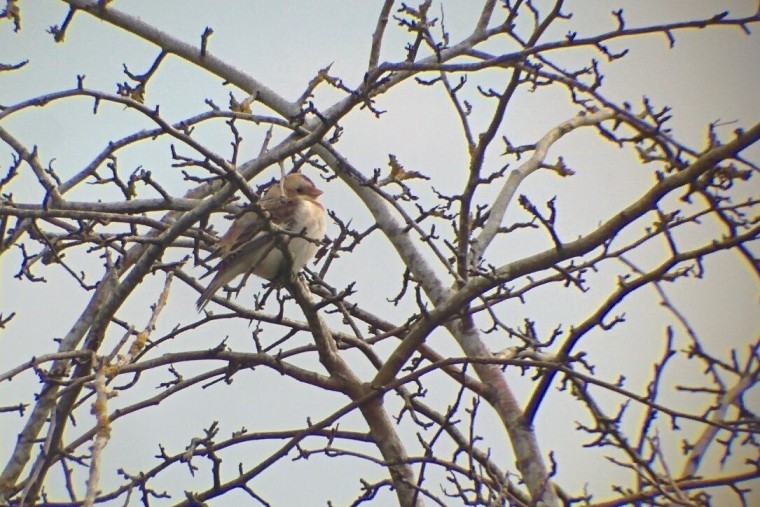 Nearly 1,000 farmers spotted 130 species across the UK. This year the count not only beat the last two years’ records, but also included the spotting of several rare birds over the week. The highlights were a ring ouzel and snow bunting.

The ring ouzel was spotted by NFU’s vice president, Guy Smith, in a field adjacent to his house. Ring ouzels usually migrate from the Mediterranean to the west of the UK to breed. This ouzel was ahead of the game, as breeding does not usually occur for this species until mid-April to mid-July. Guy’s sharp eyes and ears led him to spot the bird singing with the resident thrushes and blackbirds.

While Guy Smith was spotting birds in his paddock in Essex, Matt Willmot and Jenny Parsons from Natural England saw a rarity of their own. As they were taking part in the count with farmer Hugh Darbishire, on his farm in Warwickshire, Matt and Jenny managed to get a rare and exciting view of a snow bunting.

Hugh Darbishire is a young farmer who, for over a decade, has dedicated his sheep and arable farm to helping farmland bird numbers. By using key techniques such as bird seed mixes and wild flower patches, Hugh has encouraged farmland birds to take up residence on his farm.

Matt Willmot, Natural England advisor, says: “This was my third year of taking part in the Big Farmland Bird Count and I will definitely be counting again next year. The time you put in really counts towards the support of our farmland birds. It is always a pleasure not only to take part in the event, but to encourage local farmers to count their resident birds as well.”

It was while counting linnets and tree sparrows feeding on seed that Matt and Jenny spotted the snow bunting in a nearby hedgerow. Snow buntings breed in the Arctic and migrate down to the UK during the winter months, however they are coastal birds, so to see one inland is extremely rare. On average snow buntings are seen in the midlands just once or twice a year, so as Matt says, this was a “truly remarkable experience” for them both.

For the BFBC to have received such fantastic stories, it really shows that taking just 30 minutes out of your day to find out what species are on your land can have great benefits.

Planning for the fourth BFBC is already under way. It will take place from 4-12 February 2017, and we are hoping for 2,000 participants from even further afield.