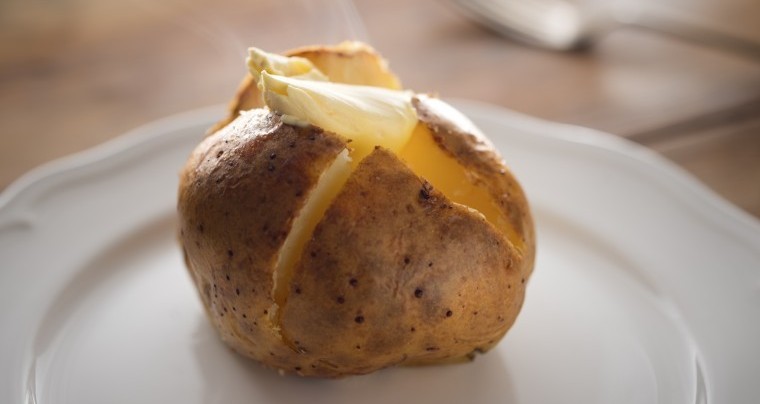 Headed “Saving our humble spud,” the publicity from GloHouse Media was promoting potato weighing and bagging technology supplied by Pacepacker Services, an automation specialist based in Essex.

But among the claims made in the release was that “in the last three years alone, British potato production has fallen to its lowest level in 25 years.” South East Farmer asked AHDB Potatoes – part of the statutory board paid for by levies on farmers and growers – whether this crucial claim was correct.

Jim Davies, communications manager for AHDB Potatoes, said it was not. “Production in the sixties was about six million tonnes a year,” said Mr Davies. “Production today is roughly the same as it was 50 years ago.”

What has happened is that the number of producers has changed, falling by 97% of the sixties figure to about 2,000 growers today: last year, they were growing potatoes on about 121,000 hectares. “Since the sixties, yields have doubled,” Mr Davies explained.

Adding to the pressure from falling production, the GloHouse publicity says that “troubled potato growers” are also “giving away thousands of pounds worth of stock each year due to inefficient weighing equipment.” As evidence of this, GloHouse quoted Caythorpe Farmers in Lincolnshire, where Pacepacker Services has installed an efficient weighing and bagging system which has saved most of the business’s annual £45,000 loss.

South East Farmer spoke to Steve Dowse at Caythorpe, who said that the press release was “a bit of poetic license.” The £45,000 figure related to a particular year – 2013, when there were good yields following the disastrous 2012 season. “In a 25 kilogram bag, we would give away up to a kilogram. But that year was a once in a lifetime experience.”

In fact, said Jim Davies, in recent history there were only three years of big production losses – the two drought years of 1976 and 1977 and 2012. “The extreme weather in 2012 pushed yields in general as low as they were back in the drought years of the seventies,” Mr Davies said. “Strong yields in 2013 followed a low production year in 2012.”

Elsewhere in its publicity, GloHouse said that over the past 20 years there has been a 40% drop in the number of fresh potatoes eaten in British homes “with families filling up on other carbohydrates like rice and pasta.” But again, this is not quite right. Mr Davies agreed that sales of fresh potatoes in bags from supermarkets had fallen. But over that same period, there had been a big increase in potato processing, frozen consumption through chips and potatoes in frozen meals and potatoes in chilled meals.

South East Farmer spoke to Emma Scott at GloHouse Media, who said the press release had been prepared by a colleague. “We saw some information in a newspaper and said we would write something on it to give a PR hook for Pacepacker.” Mr Dowse, she added, had seen the release and signed it off. “This was not meant to be an attack on the potato industry.”

We asked AHDB Potatoes to write an article explaining the current situation in the potato industry which we are publishing alongside this one.