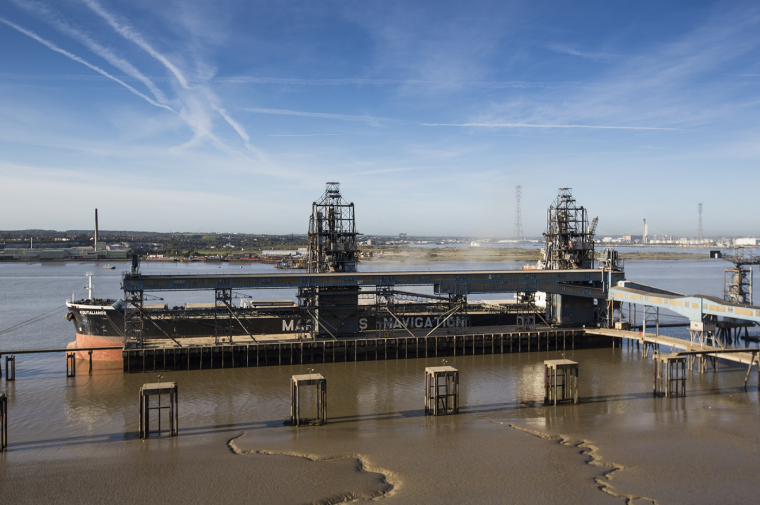 Port of Tilbury, London’s major port, has announced plans for a major storage expansion at the port’s grain terminal as part of the port’s growth strategy. The investment will see storage capacity increase to accommodate up to an additional 16,000 metric tonnes of both import and export wheat at the Thames based port.

The grain terminal at Tilbury is one of the UK’s largest, handling over 1.4million tonnes annually of combinable crops for both for the export and UK markets. The grain terminal has a current storage capacity of 120,000 tonnes and works with key customers including Frontier, Allied Mills and ADM.

This multimillion pound investment will see a new flat storage facility built adjacent to the existing grain terminal and will utilise the mill gallery conveyor system with overhead conveyors feeding the new storage unit automatically. Construction work will begin in April with an expected completion date of the third quarter of 2017.

Commenting on the partnership, Peter Ward, senior asset manager at The Port of Tilbury said: “This is a significant investment in the grain terminal for our customers. As volumes increase in both the grain import and export markets, it’s essential that we have the storage facilities to handle this additional volume. This multimillion pound investment will ensure that the terminal remains the key strategic facility in the South East of the UK for the grain import and export markets.”

As part of the port’s growth strategy, they recently announced the acquisition of 152 acres of land and deep water jetty facilities at the former site of the Tilbury Power Station. Forth Ports intends to use this land to extend current operations with the creation of a new port, to grow to meet the needs of their customers and market demands.