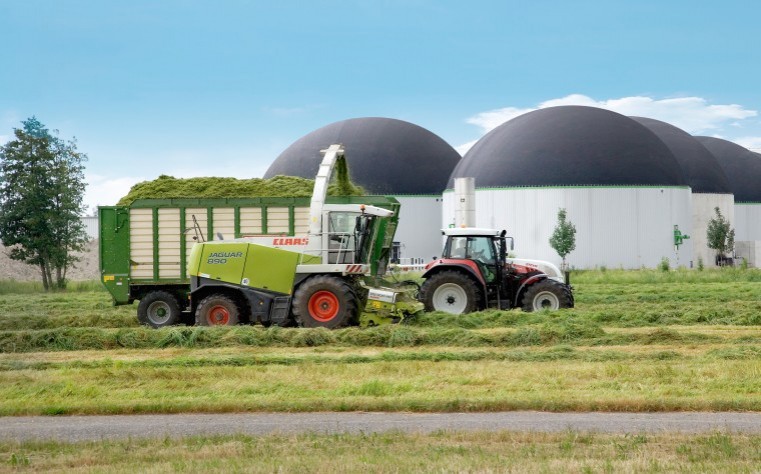 Although some farmers in the county have doubts about the plan and Winchester city council originally turned it down, a fresh application by Ecotricity to build the plant has been passed.

Ecotricity says the AD plant will inject £60 million into the local economy, create new jobs, and produce enough clean gas to heat over 4,000 homes every year.

In a partnership, Ecotricity will finance and build the palnt with an investment of £10 million, and also help fund the development of a renewable energy demonstration centre at the college.

The college has agreed funding of £1.2 million from the M3 local enterprise partnership to go towards the development of the centre which will train the next generation of green energy engineers in Britain.

Ecotricity founder Dale Vince said: “The government has overruled the local planners in Lancashire to grant approval for the first fracking site in Britain – as opinion polls show opposition to fracking reaching an all time high. Green gas is the answer, and Hampshire looks set to lead the way.”

Tim Jackson, Sparsholt college’s principal, said: “I had every confidence that the planning committee would see the logic of this application which is entirely in line with local and national planning policy.

“The low carbon aspirations of Winchester through their low carbon strategy are commendable but ambitious, and it needs projects like this one at Sparsholt to stand any chance of meeting the target of 20% of energy generated from renewables by 2020.

The original planning application for the site was refused in April this year. However, instead of appealing the proposal, Ecotricity addressed the transport concerns in a fresh application, which was submitted in July and included significant traffic alterations and new information.

The company also consulted representatives of the nearby parish councils and incorporated their requests wherever possible into the routing plans and operational controls.

The resubmission included new and revised traffic data and assessments, new traffic plans to keep vehicle movements away from Sparsholt village and a commitment to protect local road infrastructure.

Hampshire farmer Douglas Paterson has been a persistent critic of the plan, arguing that the plant won’t be able to find enough grass within the 15 kilometre radius set by Ecotricity and traffic movements to and from the plant will cause conjestion. He has also said that taking grass from marginal land is by definition impractical because it will only produce poor quality crops – the opposite of what the plant will require.