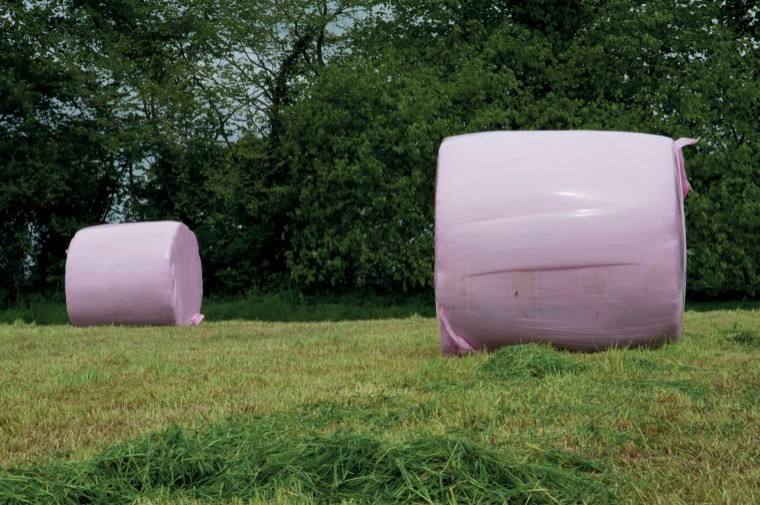 According to Jackie Bradley of organising company Volac, the campaign, which raises money from sales of a specially-produced pink version of the film used to wrap the bales, has already raised over £18,500 for the charity, Breast Cancer Now.

This has smashed the previous sum of over £10,000 raised in a similar campaign last year, says Jackie, as well as attracting a huge amount of support.

“The response we’ve had to the campaign has been nothing short of amazing,” Jackie explains. “There have been bright pink bales in fields up and down the country.

“The campaign has also been all over social media as well as traditional media. And there have been some really creative things done with the bales to make them stand out even more – such as making pink bales with faces on them.

“The aim was to help raise awareness of the disease – while all the time raising money for a fantastic cause.”

Money was donated to the campaign from each roll of the pink Topwrap film that farmers purchased – with contributions coming from Volac, as well as Trioplast, the film’s manufacturer, and from the merchant supplying the roll.

One of the many farmers who opted for the pink wrap was Kent sheep producer, Doug Millen, whose family has been personally affected by breast cancer.

“We did it to highlight the disease because of what we had been through,” Doug Millen explains. “Breast cancer can affect anyone; not just women but men too. We wanted to do our bit.

“The field with the pink bales was right next to a railway line, so got a lot of attention. People were even taking photographs.

“My daughter also put it on social media, and it’s been in the local newsletter and we had loads of comments. When people asked why we had made pink bales, I was able to explain.”

Jackie Bradley added: “We want to extend our wholehearted thanks to everyone who has taken part.”