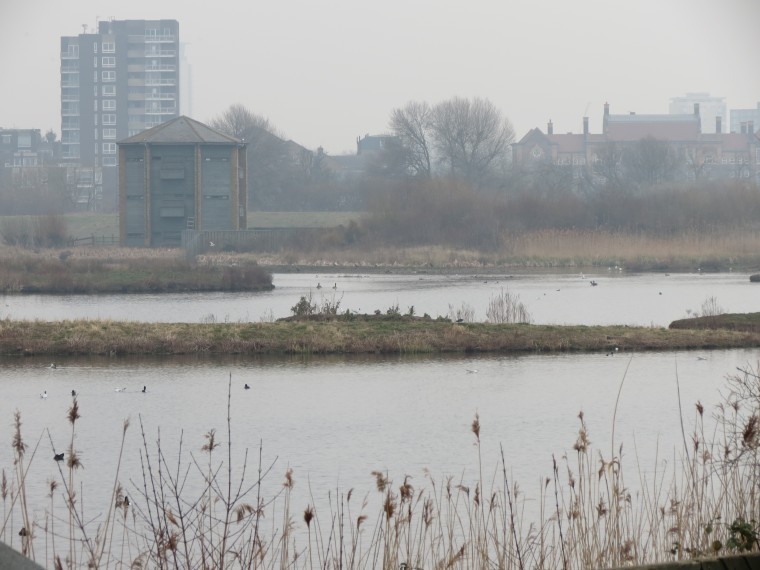 “The issue is identifying where the high risk areas are and getting enough farmers engaged in the project to solve the problem,” said Dinah Hillier, catchment control manager at Thames Water. “The unfortunate thing is that if you have one or two farmers in a catchment who are farming very high risk fields and they don’t take part that could undo a lot of the good work in the rest of the catchment.”

Ferric phosphate costs more and most of the farmers who have said yes to the product so far in the Enborne catchment need some kind of subsidy. “The subsidy we are offering is not very much. It is £1 per kilogram per hectare and many farmers tell us that doesn’t cover the cost difference between metaldehyde and ferric phosphate,” said Ms Hillier. “But I have heard there are a range of prices for metaldehyde pellets.”

Thames Water’s incentive is not so much for the swap to ferric phosphate as for farmers taking part in trials and being early adopters. It has also covered the time taken by sending consultants Promar International round to survey farmers. “It is an indication that we are taking up farmers time and asking them to do something earlier than other farmers may have to.”

“We hope that the ferric phosphate producers will reduce the price so that it becomes more attractive to farmers,” said Ms Hillier. “The Drinking Water Inspectorate (DWI) do not see it as the water companies’ job long term to incentivise. It is OK to do it for trials but it is not the long term solution. My feeling now is that we need to move away from giving that incentive and towards asking farmers to do the right thing. The future is possibly metaldehyde free, which is plan B at the moment.”

Should one of the solutions in the forthcoming DEFRA consultation be for farmers to stop using metaldehyde? “It is potentially but I think a lot of water companies do not necessarily want to see metaldehyde banned because we still have problems with other pesticides such as propyzamide and metazachlor, so where do you stop? We need to get catchment management working in different ways and in different areas. We need a tool box of approaches which involves our abstraction management with treating some of the water some of the time and perhaps farmers doing some quite big things in the future.”

In addition to running trials with farmers in some catchments, Thames Water has to identify drinking water protected areas (DWPA) around abstraction points above a certain volume of water. Safeguard zones are the areas designated to protect the DWPA. In West London, for example, there are abstraction points on the Thames. “One of the safeguard zones for this is up in Oxfordshire on the River Cherwell because water from there comes all the way down to west London. We know quite a bit of pesticide can come from that catchment and have an impact down here.” Land use is targeted at the zones so that extra treatment of raw water can be avoided.

Of the three water companies at the conference, only Thames Water can do abstraction management because Affinity Water and South East Water take water straight out of the Thames into the water treatment works. Abstraction management uses complex software to try to predict spikes of pesticide from catchments so that abstraction can be stopped. “They don’t have reservoirs but we have ten of them which you can see circling over Heathrow,”said Ms Hillier. “We fill them from the Thames, mainly during the autumn. Even if we got this abstraction management to work 100%, it is not a solution because it doesn’t work for companies which don’t have that option.”

Thames does abstraction management because every failure of the drinking water standard has to be justified to the DWI. “We want to avoid failures where we can while accepting we cannot avoid all of them.”