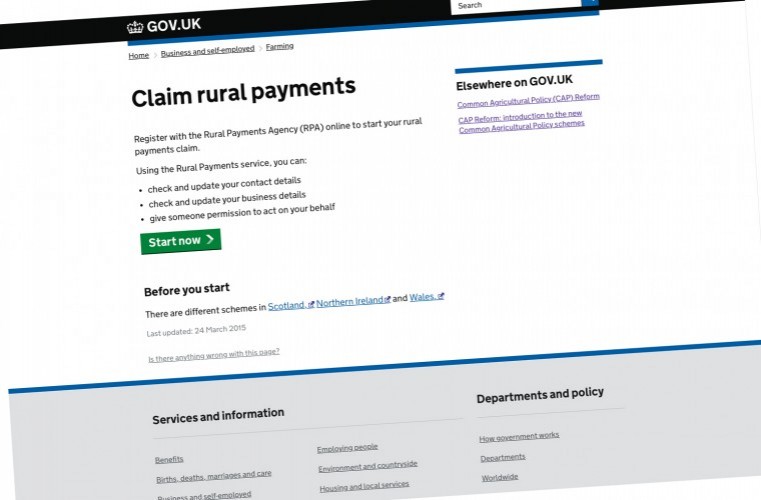 “I thought that under their new leadership, the Rural Payments Agency (RPA) had been very helpful and informative,” said Mr Christensen, a tenant with about 640 cows at Kingston Hill Farm plus up to another 800 cattle at any one time on that farm and another 11 miles away. “I was disappointed when all this came along and I am sorry for the agency because everything seemed to be going well.”

As a member of the farming regulation task force implementation group set up to try to cut red tape in the industry, Mr Christensen backed the switch to online, digital technology for claiming subsidies.

For the last two years, he had used the RPA’s digital, online system for claiming single farm payment. “It was painless: I just logged on, there was a pre-populated form and I just filled in any changes from last year.” It had, said Mr Christensen, been much easier than filling in paper forms.

“What struck me was why the agency had to complicate it all. They have somehow wrecked it in the process.” Mr Christensen does not know exactly what has happened because he has only registered for the BPS so far, and that was easy. “I was going to sit down with my agent and go through the application but we deferred that meeting because of what happened. We postponed the meeting again, and now I am going to meet with her in April once she has been through the process a few times.”
In the overall scheme of things, Mr Christensen said, he did not think what has happened will matter as much as the media has claimed. “I do not think the agency will chuck the £154 million system. They just need more time to catch up with it. They have done the right thing and now they can start on making it ready for next year.”

Once it was obvious that the new system could not cope with farmers’ applications for the BPS, the RPA moved swiftly to a paper based alternative.

Over the weekend of 21 and 22 March, the agency based in Reading emailed all farmers and agents who have registered for the new rural payments system, outlining the options available to make their application. From Monday, 23 March farmers could find guidance at the gov.uk website to help them prepare their claim.