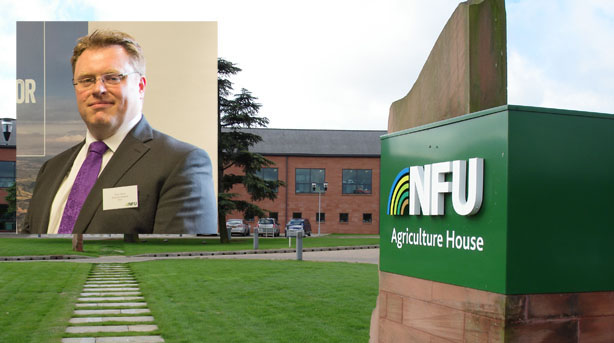 Mr Jones will take up the role in April 2016 and has a strong background in farming and food having previously worked in the NFU from 2002 until 2011. Terry left the NFU to be appointed Director of Communications at the Food and Drink Federation and has most recently served as Director General of the Provision Trade Federation.

NFU President Meurig Raymond said: “The farming industry is seeing a great many challenges and I firmly believe that Terry is the right person to lead the NFU. Terry has always understood that members are the strength of the NFU and I am confident that the skill, passion and drive he will bring to the role will ensure we are in a very strong position, now and in the future. I very much look forward to working with him.

“We had some extremely strong candidates for the role, both internally and externally, and I would like to take this opportunity to thank them all for their interest.”

On his new appointment, Mr Jones said: “Looking to the road ahead it is vital that this nationally important sector has a strong voice and I am delighted to be returning to the NFU at such a crucial time. I look forward to leading the organisation’s professional staff and working with its members to ensure that British agriculture thrives.”