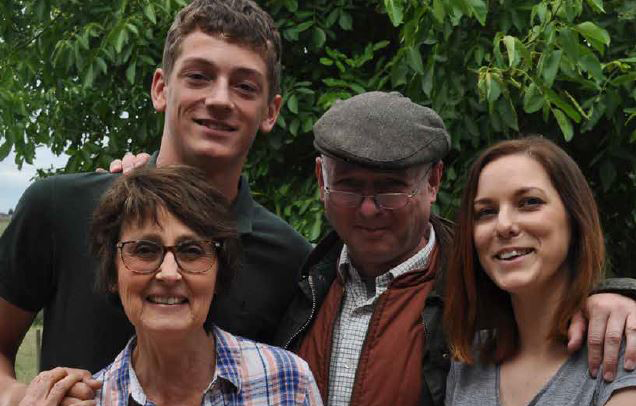 Encouraging young people to start a conversation about succession of the family farming business is the aim of a new video by the National Federation of Young Farmers’ Clubs (NFYFC).

The short film, which involves professional actors, and was supported by Defra and AHDB, will be launched on social media on 1 October 2018 and shows the conflict that many farming families face when dealing with succession.

Anecdotal evidence suggests that one in four farming families in the UK are not speaking to a member of their family as they have fallen out over succession issues, causing serious problems for relationships and the business.

“In a lot of farming families, people assume that they know what the rest of the family want to do. This video from NFYFC will hopefully act as a tool to help young people approach the subject of succession with their family.

“Now’s the time to start planning as succession will happen. It’s incredibly important to start that conversation early.”

The film, which was recorded in Warwickshire, shows a farming family not speaking openly to each other, with their true feelings printed on the walls of the house. The film moves on to show how the family benefit from talking honestly to one another and how it can help to bring about a resolution for everyone.

NFYFC’s agricultural and rural issues (AGRI) chair James Hutchinson said: “NFYFC is aware of the problems that a lack of succession planning can cause and the impact it can have on young people involved in the business. This short film raises awareness of the reasons why it’s important to start talking and to get a succession plan in place as soon as possible.

“We are grateful to Siân Bushell for the excellent advice she gives throughout the video and also to the funding support from Defra and AHDB that enabled NFYFC to create this film.”

The film, Succession… we need to talk, will be promoted on social media from 1 October and an advice guide will also be available for download from the NFYFC website.

To view the video, visit www.nfyfc.org.uk/succession