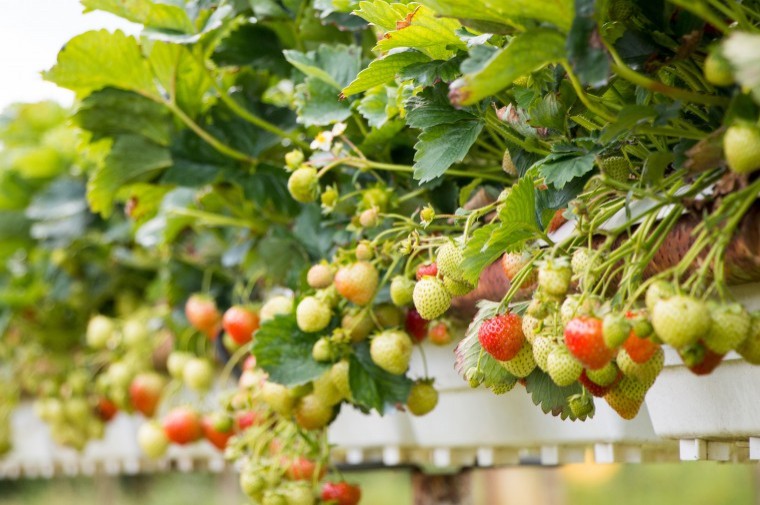 DEFRA and the Waste Resources Action Programme (WRAP) commissioned work across UK strawberry and lettuce production at the end of the 2015 season.

A web survey, on farm data collection and one to one interviews with growers were used to estimate that nine per cent of the mature strawberry crop was wasted in primary production in the UK in 2015. This is about 10,000 tonnes across the whole sector. “Based on this, we estimate the value of strawberry crop wasted in the UK to be £24 million,” said WRAP, which is based in Oxfordshire.

For lettuces, the research focused on 14 lettuce growers in 10 counties across England. The total area of whole head lettuce planted by participating growers was 3,273 hectares, or 54% of UK production.

Researchers estimated that 19% of lettuce crop was not harvested by growers in 2015. This is 38,000 tonnes across the whole sector, of which 29,000 tonnes would typically be sold assuming a trimming rate of 24%. “Based on this, we estimate the value of lettuce crop wasted in the UK was £7 million,” WRAP said.

The main causes of strawberry waste were pest and disease damage arising after the crop had matured or fruit not meeting customer specifications. “There was no evidence of significant ‘over production’ across the year,” WRAP added.

For lettuce, growers estaimted that once harvested, 24% of lettuce head weight was left in the field as a result of trimming.

They identified more accurate forecasting and programming, changes to specifications on size/weight, and improvements in production methods and practice as key ways to reduce waste in lettuce production.

Several definitions of food waste were used in the research:

Ian Palmer, WRAP’s press officer, stressed that work was continuing to reduce waste across the food supply chain, not just in farming. “We will report annually on each 12 month period of trials and working groups,” said Mr Palmer. The reporting is part of Courtauld 2025, a ten year commitment in which more than 150 organisations made a voluntary agreement to – among other aims – reduce food and drink waste arising in the UK by 20%.

Projects in farming, retailing, growing and the hospitality and food service sector are the result of a round table meeting chaired by WRAP in 2016 which included the AHDB, the British Retail Consortium, the Fresh Produce Consortium and the NFU.

One outcome of Courtauld 2025 is Asda’s sourcing arm IPL adding to its commercial intelligence with expertise from Agrimetrics and the National Institute of Agricultural Botany to help its growers use a new yield forecasting tool. This should produce higher marketable yields which will reduce waste.