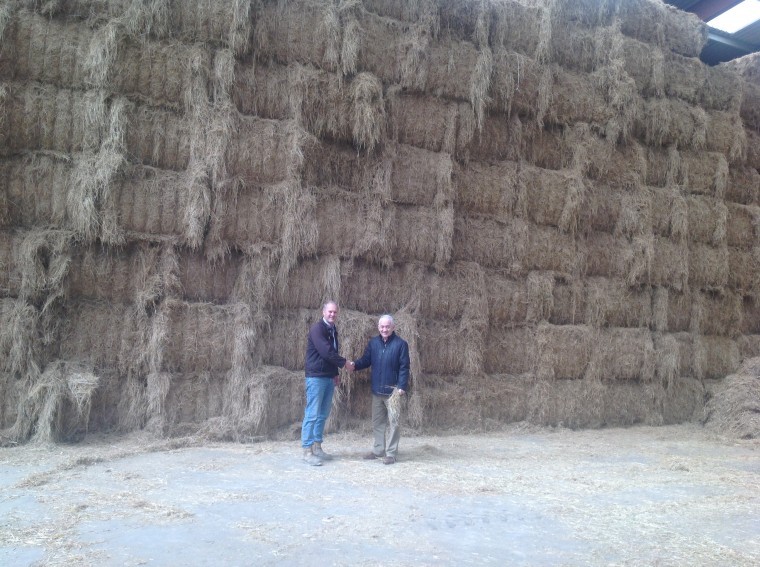 Burdern Bros Contractors – part of the BB4 Group of companies – was contacted by Dairy Gold, the largest farming cooperative in Ireland with 400,000 head of cattle, at the beginning of April. The coop found that the ongoing wet weather plus the already waterlogged ground was going to leave the country reeling from a feed shortage.

Director of Burden Bros Contractors, John Burden, said: “We worked with Dairy Gold back in 2013 when the country was going through a similar crisis, so I’m delighted the team felt they could come to us again for help.”

The farmers of Ireland needed hay and haylage quickly to feed their cattle. Following the call from the cooperative on Easter Monday evening, John Burden and his team dispatched 10 lorries carrying 230 tonnes of hay and haylage the following morning. Mr Burden then spoke to his contacts in the farming industry to arrange for the collection and delivery of a further 300 lorries over the next 20 days.

“The larger farms in Ireland were able to stockpile feed so were not as badly affected, but the small farms were in serious trouble. They hold a lot less stock and relied on rough grazing, due to the waterlogged ground,” Mr Burden said.

Mr Burden’s relationship with farmers across the south of England was crucial for meeting Dairy Gold’s needs. “I have been working with these farmers for many years and that allowed us to meet the need so quickly,” Mr Burden explained. All payments were made to these farmers within one month.

Once the warmer, dryer weather returned in Ireland, the land recovered so farmers gradually put their cattle back out on to the fields.

“Farmers have to put thought into the long term poaching of their fields,” Mr Burden said. “If they put the animals out too quickly the fields would go to mud and the issue would return. The hay and haylage we sent has kept the farmers going until the fields are ready.”

Mr Burden worked closely with Nolan Transport to move the hay and haylage to Ireland.