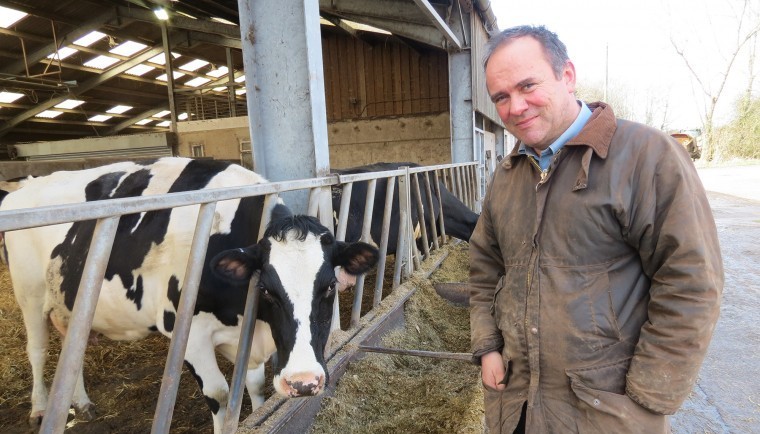 Plans to build 14 wind turbines on farmland at Upper Norton Farm, Sutton Scotney had already been rejected by three local authorities, and EDF was preparing to go to appeal at a public inquiry later this year.

But in a statement, EDF said that “after reviewing the scheme in the light of recent government announcements on onshore wind, the company has told the government’s planning inspectorate that it will not be proceeding with the appeal hearing scheduled for later this year.”

Andrew Janaway, who was working with the energy company to put the turbines on farmland, declined to comment on what EDF’s decision means for the future of green energy schemes on farms.

But Hampshire Renewable Energy Co-operative (HREC), which hoped to share in the ownership of Bullington Cross wind farm, was saddened by EDF’s move. Martin Heath, a director of HREC, said the withdrawal of government subsidies for on shore wind had made the project uneconomic.

The farmer involved would lose the rent from the turbines plus any subsidiary work for maintaining them such as fencing, Mr Heath said. “The three local councils involved would have had about £5 million in rates and in the current environment of cuts to spending on local government spending, the loss of this revenue will leave people paying more in council tax.” He added that three parish councils would have shared £5,000 per megawatt of installed capacity annually, producing £3.5 million over the 25 year life of the scheme.

HREC is still interested in community solar farms, but the government has said farms of five megawatts and under will no longer qualify for subsidies under the renewables obligation from April next year. HREC has plans for three solar farms on three prospective sites, two of which are on farms and one on an old landfill site. “Our preference is to try to use the most marginal land possible,” Mr Heath said.

Earlier this year, South East Farmer interviewed Douglas Paterson, who farms about 2,800 acres in Hampshire and Wales. Mr Paterson was concerned that the wind turbines would tower over his land and were in the wrong place. Although he is not opposed to renewable energy, he chaired Keep Hampshire Green to oppose EDF’s plans.

In a statement after EDF said it would withdraw from the appeal, Keep Hampshire Green said: “There are places where wind farms are appropriate, but this is definitely not one of them. In terms of wind resource, it would have been in the worst five per cent of wind farm sites in the UK.

“To scar this beautiful stretch of unspoilt countryside for such poor public return would have been scandalous, and could have set a precedent for other parts of Hampshire. It was only the distorted subsidy system that drew EDF to this site, and made them determined to appeal the local democratic decision. Finally EDF has recognised that there is no point in pursuing this project any further.”