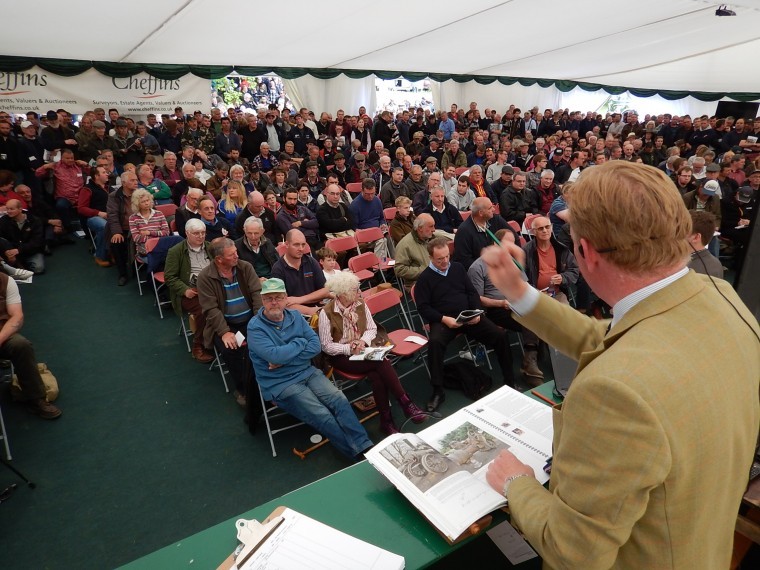 The historic machine was being auctioned as part of the Keeley Collection, which sold for a total of £1.5 million.

The 1917 International Mogul was one of only five survivors in the UK and 16 known worldwide and attracted plenty of interest – with bidding starting at £40,000.

The previous UK record was held by a 1954 Marshall MP6 that fetched £80,500 at the sale of a collection belonging to Norfolk farmer Paul Rackham last year.

Both sales were coordinated by Cambridgeshire auctioneers and vintage specialists Cheffins.

The Keeley Collection, which went under the hammer at Knowl Hill in Berkshire on 14 May, featured 50 vintage and classic tractors.

Other lots of note included an unusual 1919 Saunderson Model G in yellow, and in superb original condition that fetched £52,500 off a lower guide price of £28,000.

John Keeley, who passed away in December 1999, was well known in the steam and vintage world and amassed his collection over a number of years.

Together with his wife May, who died in April last year, he organised the internationally renowned Knowl Hill Steam and Country Show in Berkshire for more than 30 years.

Cheffins director Bill King said: “We were extremely privileged to have been instructed to sell what was a fantastic collection.

“It was amassed over the years with much care and attention to detail – with many of the lots untouched and highly original.

“John and May were avid and discerning collectors and that was reflected in the popularity of the sale.

“We had an enormous crowd, with more than 1,500 people attending on the day, and there was some fierce bidding – with buyers from across the world.

“The auction will undoubtedly go down as one of the most significant in recent times. The prices achieved and the interest generated was unbelievable.”