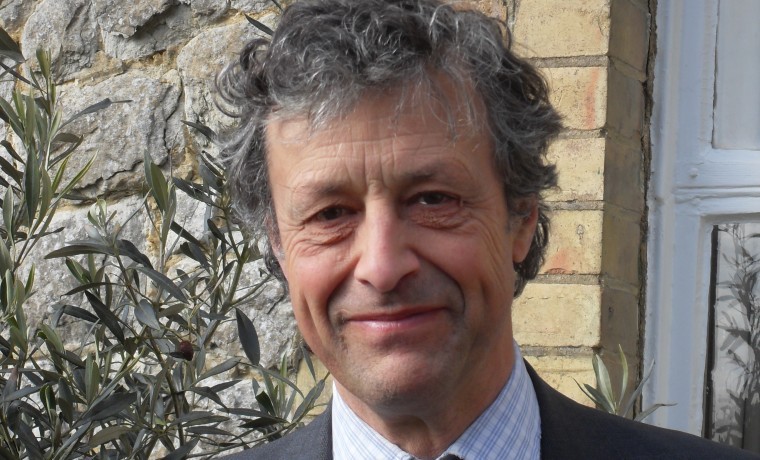 Lord Colgrain succeeds Lady Astor of Hever who has been the society’s president since her election in 2011, following her husband Johnny when he stepped down to take on duties in the House of Lords.

Lady Astor was presented with a life governors membership and commemorative glassware as a token of the society’s gratitude for the hard work and support she has given over the years.

Lord Colgrain was born and brought up in Kent, and obtained an MA in English literature from Trinity College, Cambridge, before entering the world of banking, working both in the UK and overseas.

He then spent a year at The Royal Agricultural College, Cirencester, after which he spent six years working full time on his family farm outside Sevenoaks. For the last 30 years he has continued to oversee the running of his farm and run an executive search business in London. He is currently chairman of the trustees of Belmont House and Belnor Farms near Faversham, is a trustee of Rochester Cathedral Trust and a governor of Sevenoaks School, a Kent ambassador and was high sheriff of Kent in 2013/2014. He is married to Bella, who is a deputy lieutenant of Kent and chair of the Kent Community Foundation and they have two grown up sons.

Mary Anthony stepped down as vice chairman of the society after several years supporting the chairman, Kevin Attwood. Mary has been involved with the society for over 30 years, initially stewarding with horses, then as a board director. She was awarded a 30 year services award at the stewards supper in December.

Lady Astor presented Terry Whitehead with the vice president’s award. James Forknall was elected as vice chairman. James is married to Michelle and has three children. His family have farmed in Chart Sutton since 1953 and James set up his own contracting business at the age of 18. He now farms about 700 acres of his own, as well as contract farming for others and runs the ever growing contracting business.

The society reported record financial support at the annual meeting and made £100,000 worth of charitable grants and subsidies for the farming and rural sector in 2014.