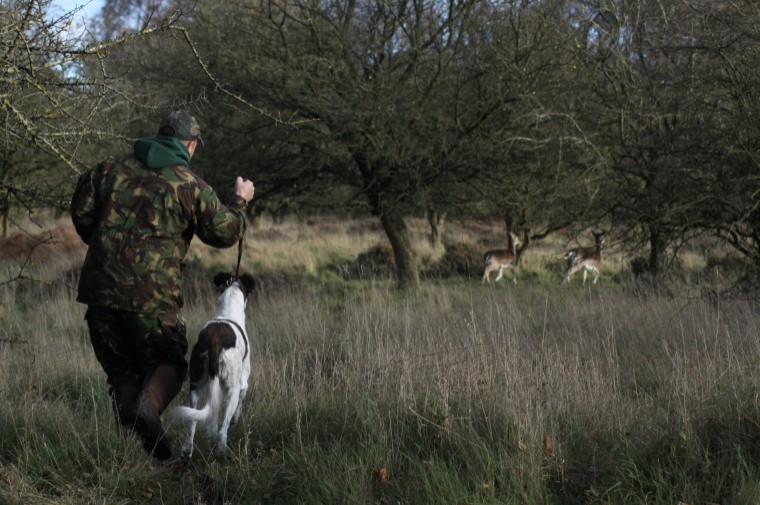 They think bulldogs are being crossed with lurchers to produce a speedy, but much more muscular dog – the bull lurcher. “Incredibly, deer are sometimes chased with vehicles and the dogs are thrown out while still moving to pursue an animal that has been isolated from the herd,” said Sergeant Tom Carter, Sussex Police operational lead for wildlife, heritage and environmental crime.

Sadly, it is common in deer coursing for the deer not to be killed by the dogs but to be left with severe injuries, resulting in a slow painful death. The penalty for hare and deer coursing is an unlimited fine and offenders also face having their vehicles and animals confiscated and can be disqualified from driving.

Hare coursing was made illegal with the Hunting Act 2004, Sergeant Carter added. “While it may have once have been seen as a traditional countryside activity hunting hares for the pot, it is now almost entirely related to illegal gambling around the performance of the dogs and the hares that have met a stressful death are often just discarded in hedges and ditches.”

West Sussex NFU adviser James Osman said people should be aware that there are illegal hare coursers operating in the county, particularly around Chichester. “These groups are trespassing on farmland, often arriving by vehicle and then illegally using lurcher dogs to chase and kill brown hares,” said Mr Osman. “There is also another group thought to be involved in deer coursing. Sussex Police is aware of these gangs – it is just a case of local residents providing evidence to help them prosecute these criminals.”

Residents who spot suspicious activity in the countryside should report vehicle details, including registration numbers, if possible, to Sussex Police by calling 101 or via 999 if they see a crime occurring. The NFU has issued affected farmers with signs that warn coursers of the penalties.

With help from the public, the police can take these criminals to court. Anyone who witnesses coursing or sees evidence of it happening should dial 999 immediately. Anyone with information about coursing that has taken place, is going to take place or those involved should email: 101@sussex.pnn.police.uk, call 101 or report online via www.sussex.police.uk Alternatively, call the independent charity