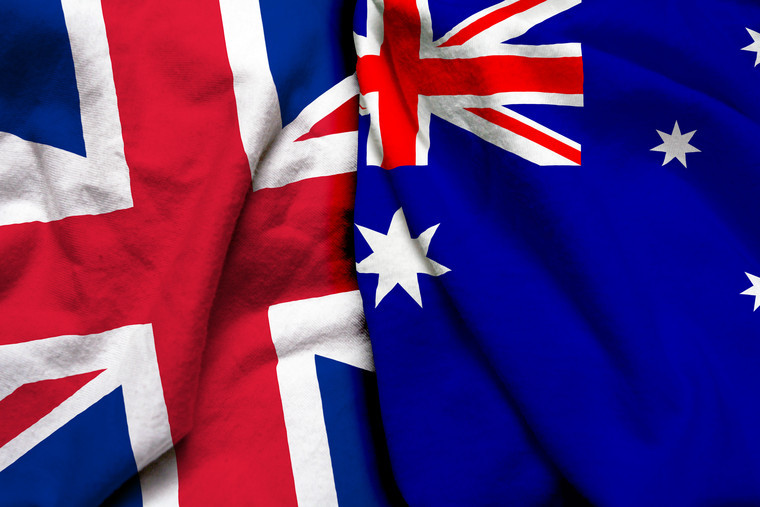 Although the small print has yet to be revealed, the UK’s expected free trade deal with Australia was agreed in mid-June, with Prime Minister Boris Johnson heralding a “new dawn” in the relationship between the two countries.

And while the Department for International Trade was anxious to point out that British cars, Scotch whisky and confectionary will be cheaper for the Aussies to buy under the tariff-free agreement, it was less bullish on the effect on the UK’s farmers.

The department stressed: “British farmers will be protected by a cap on tariff-free imports for 15 years, using tariff rate quotas and other safeguards. We are also supporting agricultural producers to increase their exports overseas, including to new markets in the Indo-Pacific.”

It was the first major trade deal negotiated from scratch by the Government following the UK’s exit from the EU and was agreed in principle between Boris Johnson and Australian Prime Minister Scott Morrison.

Much has been made of the ‘turnkey’ element of the Australian deal, which the department said was “a gateway into the fast-growing Indo-Pacific region [that would] boost our bid to join CPTPP (The Trans-Pacific Partnership), one of the largest free trade areas in the world, covering £9 trillion of GDP and 11 Pacific nations from Australia to Mexico”.

While Secretary of State for International Trade Liz Truss said membership would “create unheralded opportunities for our farmers, makers, innovators and investors to do business in the future engine room of the global economy”, farming bodies across the South East were less optimistic.

Amongst those concerned about the impact on animal welfare was the RSPCA, which made an ‘11th hour’ appeal to Boris Johnson not to sign the deal, which it said would “open the UK to lower welfare imports of animal products reared in ways which are illegal here”.

It said: “Australian farming involves a number of practices which are outlawed in the UK, including keeping hens in cruel barren battery cages, giving beef cattle growth hormones and a practice called mulesing where sheep have the skin around their bottoms cut off.”

Speaking before the deal was agreed, RSPCA Chief Executive Chris Sherwood said: “Everything we are hearing indicates that Boris Johnson is close to signing the deal. At a stroke he will be setting back hard fought for welfare standards here and giving Australia no incentive to improve welfare standards there. It will start a race to the bottom and the losers will be billions of farmed animals and UK farmers.”

The RSPCA concluded: “As part of its manifesto commitment, the UK Government promised to maintain and, where possible, improve standards of animal welfare in the UK, particularly as new free trade agreements were negotiated. The UK has higher legal animal welfare standards than Australia in virtually every area.

“To maintain its promises to the public and UK farmers, the Government must ensure tariffs are not relaxed on eggs, beef and pig meat unless Australia’s standards are at least equivalent to the UK’s and must ensure our bans on imports of products produced with growth promoting agents are maintained.”

The Royal Association of British Dairy Farmers joined those who were concerned about a lack of detail, with chairman Peter Alvis pointing out: “Despite repeated calls by the industry and collaboration of 18 industry bodies working together, we have yet to receive any detail on this agreement.

“Specifically, there is no recognition of animal welfare and environmental standards, net-zero and biodiversity, which is concerning.

“These are all points the government puts increasing pressure on our farmers to meet by imposing high standards, yet there are no details laid out on what standards milk and meat products entering from Australia will have been produced to. There is a huge worry we could end up with products of lesser quality flooding our supermarket shelves and undermining the hard work of our farmers.”

In a lengthy blog, the Agriculture and Horticulture Development Board’s David Swales pointed out that while the Government has agreed or is close to a deal with 67 non-EU countries, from Albania to Zimbabwe, this one is “potentially more significant” because of its precedent-setting status.

He wrote: “it is telling that long-term quotas have disappeared and details of safeguards are thin on the ground. I should acknowledge that there is talk of a 15-year transition period, to give British farmers time to adapt to increased competition. But the language feels very different, rather than being protected or safeguarded now it’s all about farmers preparing for the competition that is coming.”

Reassuringly, since Australian farmers currently enjoy a number of closer and more profitable markets, he concluded: “Even in a free-trade scenario I wouldn’t expect our market to be flooded by Australian product.”

The Country Land and Business Association (CLA) agreed that the impact in terms of quantity was likely to be minimal and said maintaining standards was the more important aspect of the deal.

Deputy President Mark Tufnell commented: “It’s important that we are able to support free trade and farming as a nation and we welcome this deal in principle.

“But, in any deal we strike with other countries, it’s essential that imports meet domestic standards on food safety, animal welfare and the environment. Many are concerned at the volume of Australian beef entering the UK, but with only 0.15% coming onto the domestic market, it’s minimal. Instead, the focus should be on government putting suitable checks and balances in place to safeguard standards and production methods.”

The National Sheep Association (NSA) expressed major concerns over the effect of any deal on the industry – and pointed out that the fact that New Zealand officials had already said they would expect the same deal was “a stark reminder of the dangers of a precedent being set”.

The NSA said the Australian tariff rate quota for lamb would immediately more than triple, from roughly 8,000 tonnes annually to 25,000, and then grow over 10 years to 125,000 tonnes – more than 40% of the UK’s current sheep meat needs. The association said that if New Zealand quotas followed suit, “more than 80% of sheep meat consumed in Britain could be imported, much produced in ways that wouldn’t be allowed by farmers here”.

On the standards issue, the association pointed out that the Animal Protection Index, which ranks countries on their commitment to protecting animals through legislation, improving animal welfare and recognising animal sentience, gives the UK a B rating for welfare standards and Australia a D.

While the NFU’s experts were still looking closely at the detail, President Minette Battlers said: “We have been clear about our concerns over the potential impact of trade deals that completely eliminate all tariffs on imports from the biggest agricultural exporters in the world.

“While details remain very thin on the ground, it appears that the agreement will include important safeguards that attempt to strike a balance between liberalising trade and supporting UK farm businesses, as well as a reasonable time period to allow UK farmers to adjust to the new trading environment.

“We await further details of the agreement to understand whether these safeguards are sufficient, and in particular that they can be deployed effectively should imports rise to an unmanageable level leading to significant market disruption.”

Ms Batters added that the Trade and Agriculture Commission would have “a vital role to play” in assessing animal welfare and environmental aspects of the deal and said it was “crucial it is up and running soon so that it can provide its report to Parliament on the impact of the deal”.