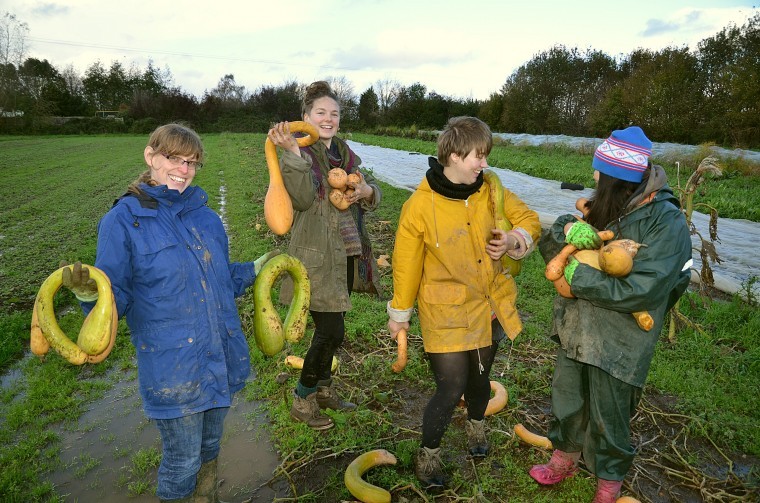 Gleaning Network UK – which was highlighted in the June 2014 edition of South East Farmer – is making a renewed effort to encourage farmers whose produce would otherwise go to waste to send it to charities.

Gleaning Network UK – part of Feedback, an environmental organisation founded by Tristram Stuart – is expanding to become a national project with hubs based in Manchester, Bristol, Brighton, Cambridge, London and Kent.

Rachel Ledwith, volunteer gleaning coordinator for Kent said: “We coordinate volunteers, farmers and food redistribution charities to salvage the thousands of tonnes of fresh fruit and vegetables which are unable to be sold by farmers every year across the UK, and direct this fresh, nutritious food to people in need.”

Farmers frustrated by having to bin, plough back in or grade out produce that’s actually edible – thanks to the weather, contracts falling through, cosmetic standards or any other reason – can contact the Gleaning Network which will send in a team of volunteers to harvest their crop and deliver it to charities.

Since 2012, the organisation has worked with farmers across Kent, ranging from brassica growers to apple producers and soft fruit specialists. The project works by organising a team of volunteers for one day harvests. It then distributes the food to charities such as Catching Lives in Canterbury, and much of the “gleaned” produce is also distributed by FareShare, a food waste charity which has strong working relationships with the supermarkets. The network handles between about one and five tonnes of produce at a time, but can do more and makes use of smaller amounts for soft fruit, for example.

“Over the past year in Kent we’ve gleaned about 31 tonnes of produce, up from 10 tonnes the previous year and donated it to charities such as FareShare who recently opened a depot in Ashford,” Ms Ledwith explained. “That equates to 512,500 portions of fruit and vegetables, across 25 gleaning days with 159 volunteers in Kent alone. UK wide, we’ve gleaned 110 tonnes since we began in 2012. The shocking truth is there is still plenty more for us to collect. We are always looking for more farmers to join out network.” While the FareShare depot in Kent gears up to deal with large amounts of food, most of the Kent produce is going to FareShare in London, as well as Community Food Enterprise and Food For All.

According to the United Nations Food and Agriculture Organisation, 20% of fruit and vegetables grown in Europe are lost from the food chain on farms. The Soil Association estimates that 20% to 40% of UK fruit and vegetables are rejected on cosmetic grounds before they reach the consumer. At the same time, food poverty is on the increase in the UK with Oxfam warning that more than 500,000 people are now resorting to food banks, a number which has tripled in one year.

This year TV chef Jamie Oliver and TV farmer Jimmy Doherty have joined the movement and launched their “food waste fight” in January as part of Jamie and Jimmy’s Friday Night Feast on Channel Four.
Each episode of the six part series will examine the UK’s food waste. The first programme featured “ugly” fruit and vegetables: the thousands of tonnes of nutritious produce which farmers are forced to throw away because they don’t meet the strict cosmetic standards imposed by supermarkets.

As a result Asda has said it will sell imperfect fruit and vegetables as part of a new trial range – branded “beautiful on the inside” – which was expected to be launched in selected stores from 26 January.

Farmers and volunteers who want to join the scheme or find out more can contact Rachel Ledwith on kent@feedbackglobal.org or sign up to join our gleaning list. Her telephone number is 07918 911879.