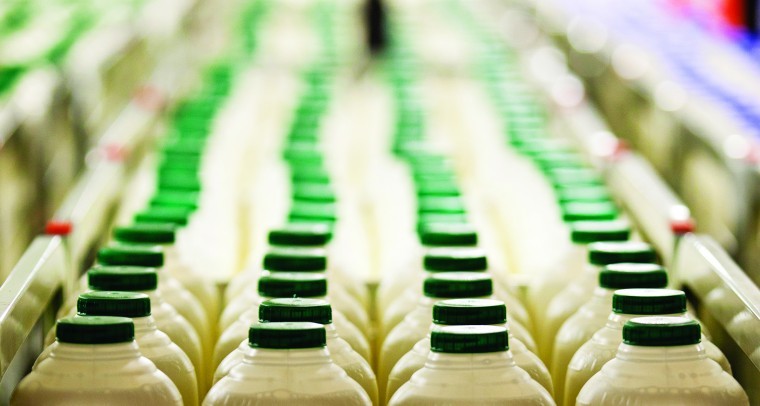 The approval came as part of the deal overseen by the Competition and Markets Authority (CMA) to allow Muller UK & Ireland to buy the dairy business of Dairy Crest, which is based in Surrey.

The £80 million deal will be finalised by 27 December and includes Dairy Crest’s liquid milk processing, trading and distribution business, as well as its packaged cream, flavoured milk and bulk commodity ingredients business.

Plants at Severnside, Gloucester; Chadwell Heath, Essex; at Foston in Derbyshire and Hanworth, Middlesex, are part of the purchase, along with about 70 depots.

When the deal was first considered by the CMA, it raised concerns about competition in fresh liquid milk supply in the catchment area of Dairy Crest’s Severnside dairy, especially in the South West, Wales and parts of the Midlands. This was because Muller Wiseman already had a dairy at Bridgewater in Somerset which could have created a supply monopoly.

To overcome these concerns, Muller agreed to open up the processing to a third party. The MCA approved two dairy businesses – Medina and Freshways – for the bidding process, and Medina, which is based in Windsor, Berkshire, won. The agreement is to contract process up to 100 million litres of fresh liquid milk a year at Severnside for at least five and up to eight years.

Will Sanderson, a spokesman for Medina, said the business had made a payment per litre to allow access to the processing capacity but this would have no link to the price paid to farmer suppliers for their milk. “Medina has a dedicated milk pool of 140 farmers, and in the long term we will grow that pool for processing. In the meantime, there is provision for Muller to supply milk to us for processing. This deal will allow us to compete for contracts to supply the big supermarkets for the first time.”

Medina is currently paying farmers somewhere in the mix of non aligned milk contracts which are a bit below the aligned contracts for farmers in dedicated groups supplying supermarkets. Ian Wagstaff, Medina’s farm liaison manager for the south, said the Severnside deal would not spark a recruitment drive for farmer suppliers. “However, we are interested in talking to farms if they are in the right place, and it would be silly not to talk to someone within 50 or 60 miles of Watson’s – a Medina brand – plant at Wickham in Hampshire, for example.”