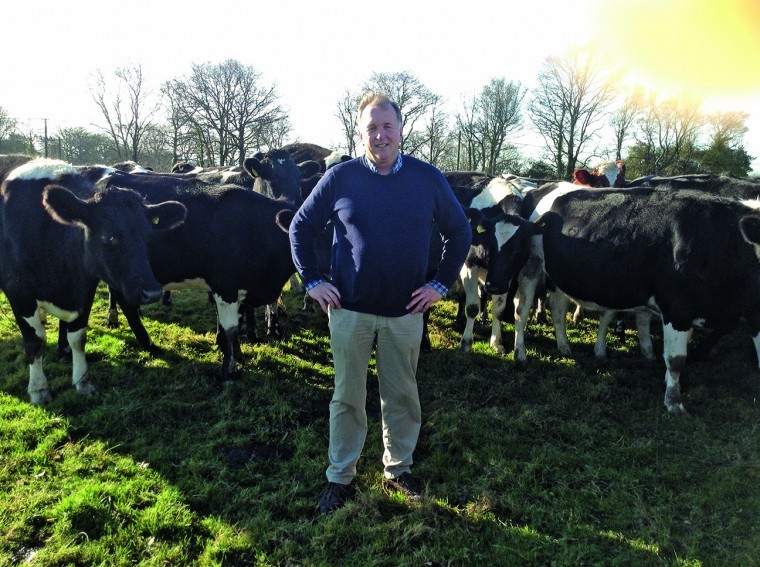 David Butler admitted four counts of unlicensed cattle movements between holdings along the East and West Sussex county borders after animals in his herd were identified as being at risk of carrying bovine TB.

He also admitted failing to isolate animals at risk as required by notices from the government’s Animal and Plant Health Agency; and failing to cleanse and disinfect his dairy farm to restrict the spread of disease.

The defendant, trading as FJ Butler & Sons from Heaven Farm near Uckfield, pleaded guilty to one additional charge of animal neglect through inadequate feeding.

A hearing at Brighton magistrates court heard Mr Butler had moved cattle without a licence between farms in East Sussex – a high risk area for bovine TB – and West Sussex, where the risk is classed as low.

He had ignored an official warning about non compliance with TB legislation issued in 2015 by East Sussex trading standards, which brought the prosecution against him.

District judge Chris James gave Mr Butler credit for his previous good character and guilty pleas, and said there was no evidence of any spread of TB infection.

Mr Butler had previously pleaded guilty to six breaches of the Animal Health Act 1981, including four TB cattle movement violations and one breach of the Animal Welfare Act 2006. He failed to comply with 11 notices to cleanse and disinfect Tremains Farm, Haywards Heath, West Sussex, and five notices to isolate cattle after 36 reactors were identified.

Jeremy Cave, prosecuting for East Sussex county council’s trading standards service, said the four TB cattle movement breaches occurred between October and December 2015 while the holding – which has five farms – was under TB restrictions following a breakdown in November 2014.

The Butler family are renowned dairy farmers in West Sussex. David Butler’s father John runs Heaven Farm near Uckfield and his uncle George runs Tremains Farm at Horsted Keynes. But Graham Payne, who has beef cattle on 70 acres at Cobdown Farm near Uckfield, said that Mr Butler was a “bad apple. I don’t think the punishment fitted the crime.”

Mr Payne alleged that Mr Butler had moved 40 heifers and a bull on to summer grazing next to Mr Payne’s farm even though Mr Butler was closed down by TB restrictions. “He spoiled trading for everyone around here,” Mr Payne added. “I used to buy and sell a lot of calves but that had to stop when we changed from four year to one year TB testing because of his activities.”

David Butler is trying to work out what to do next after bovine TB finished his dairy herd and a court case left him with £20,000 in fines and costs.

He may appeal against the £11,250 fine imposed by a district judge at Brighton magistrates court after Mr Butler admitted various breaches of the bovine TB controls. “I have read about another farmer in the Gloucestershire high risk TB area who was guilty of 11 offences but his total fines and costs were £2,030.

“My penalty was high by comparison, so I have asked my solicitor to give me advice on what I can do.” Mr Butler doesn’t think the judge in Brighton read the evidence of Mr Butler’s expert witness properly. “TB is a huge subject for any judge to come to terms with.”

To take one example of where Mr Butler says there was a misunderstanding: during the case, it was said that Mr Butler operated in a high risk TB area of East Sussex, like the Gloucestershire farmer. But Mr Butler says he does not. “We are in the edge zone where we have to try to do extra monitoring to stop bovine TB spreading.”

This is the same zone where Graham Payne farms. He is the cattle farmer who criticised Mr Butler in our front page story and contacted South East Farmer about the case. Mr Butler denies he is a “bad apple,” as Mr Payne claimed. “This is not a disease which you can pin on any one individual’s actions,” Mr Butler said. “TB is a very difficult disease which can pop up on its own anywhere.”

Mr Butler sympathised with Mr Payne. “His is a totally understandable reaction from anyone faced with that sort of worry on their border.” But he said Mr Payne was “sour” because he wanted to use the land which Mr Butler’s cattle were grazing.

Mr Payne was wrong to say that Mr Butler’s activities had caused the change from four yearly to one yearly TB testing in cattle. “That was nothing to do with me. The decision was taken by officers at the government’s Animal and Plant Health Agency (APHA) and covers the whole of East Sussex.”

Looking back on the court case and all the publicity around it, what does Mr Butler think went wrong? His family has operated a complex grazing system for dairy cows since 1949, which involved animals moving from field to field and farm to farm.

They had never had any issue with county boundaries. The family runs five farms – Tremains Farm, Heaven Farm, Flitteridge Farm – where Mr Butler is based – Beggars Pitt Farm and Stoaches Farm. On Beggars Pitt Farm, Mr Butler said fields run through East Sussex and West Sussex. On Stoaches Farm, the county boundary runs through the middle of the farm. So as the TB controls tightened over the last four years and county boundaries became more significant, the Butlers’ grazing system became more difficult.

Even without TB, the grazing system made it a challenge to allocate the right amount of feed to each farm. “On a couple of occasions, I had sorted out a rotation of fodder crops to feed cattle and hit barriers with APHA people,” Mr Butler said. “I could not move animals to where the feed was because of the TB restrictions. So I found it very hard to feed animals according to their demands without being able to move them.”

APHA vet Isabella Ciafaca had probably never come across the grazing system before, said Mr Butler. It was done on organic principles, and involved the Jersey cross Friesian cattle being outside for ten months on extended grazing with alternative fodder crops. “She mostly talked to my contractor herdsman,” Mr Butler said. “I was saddened by the lack of communication.”

In four years, Tremains Farm was the only one which had bovine TB, and two cattle were confirmed with the disease. Some 200 cattle were slaughtered, and 104 were sold, leaving no dairy cattle on any of the five farms. Currently, there are some dairy young stock because they are a low risk for TB. These will either be put in calf or sold to buy other cattle.

Now the land has been rested for six months since the dairy farming stopped, Mr Butler is deciding what to do next. If he goes back into dairy farming, he wants animals from a TB free area which are suited to an organic grazing system.

The farm will have to be operated so there are no movements between East and West Sussex. “I cannot use all my land for grazing, so the dairy herd will have to be in West Sussex. They could be fed from land in East Sussex. But taking the feed to the cows rather than the cows to the feed would be more expensive. I have to think of a bigger framed animal which can eat more dry matter in yards and is not so dependent on grazing.”