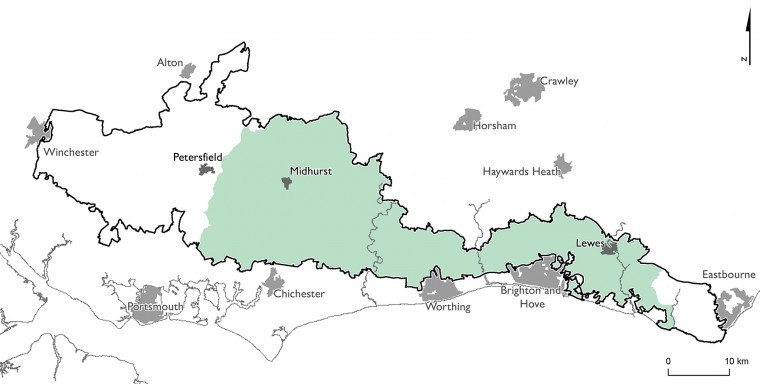 Part of the Arun District Council area in the zone will be subject to Local Development Orders (LDOs) which will extend permitted development rights and give growers a number of options for development, including expanding their glasshouses.

DEFRA has agreed to spend £50,000 on the zone, and Arun District Council has commissioned Reading Agricultural Consultants (RAC) to write LDOs for up to five areas. RAC has already interviewed growers in the relevant parts of Arun district, and RAC director Peter Danks said that between 50 and 100 growers could make use of the LDOs.

“Many glasshouses have disappeared in Arun district due to housing,” Mr Danks said. “The problem is finding a replacement for that growing capacity. If you drive north of Littlehampton, you will see that a lot of glasshouses are redundant.”

He emphasised that the scale of construction required to replace all the glasshouses would require an environmental impact assessment (EIA) and was beyond the scope of an LDO. “But the LDOs may be the first stage in growers replacing or renovating glasshouses, building limited areas of glasshouses, converting buildings or putting in irrigation reservoirs, for example.”

RAC will work within the town and country planning regime to produce a map of the areas where the LDO will operate. “We ensure that the scale of developments in the locations we have identified do not have any adverse impacts,” Mr Danks explained. Archaeology and nature conservation will be taken into account so the need for an EIA or other surveys is avoided or is part of the LDO writing process. When the map is ready a draft LDO will go out to consultation at the end of the year. Once the process has been completed, growers in the LDO areas can proceed without the need to obtain planning permission.

The only slight drawback he could foresee was that the new zone was similar to the existing four horticultural development areas (HDAs) in Chichester district. “An HDA is identified with lines on an Ordnance Survey map,” Mr Wells explained. “Within the HDAs, you can have a monopoly of land ownership with enhanced land values. That can make it very difficult for anyone else to move into the HDAs and expand.”

He added that he did not want the zone to become an area where smaller growers had to go to expand. “Smaller family businesses may want to buy next door and expand their soft fruit enterprise or tomatoes or peppers. We don’t want the zone to act against someone trying to expand naturally.”