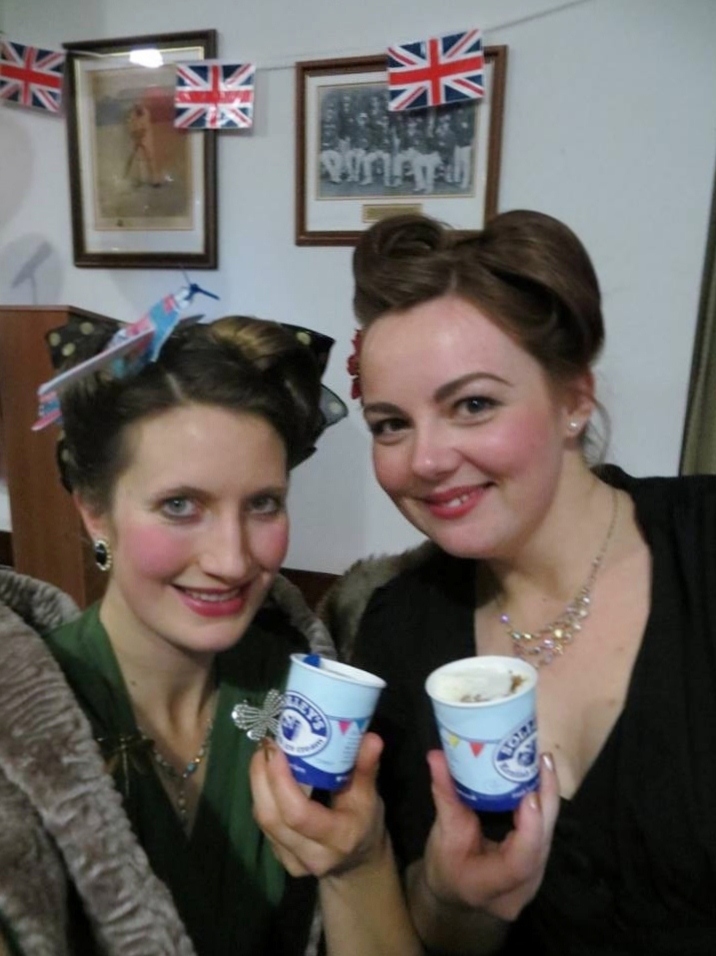 The family-run company, based on the family farm in Deal, helped the youngsters design a bespoke Apple Pie ice cream with a Toffee ripple and Butterscotch chips for the 1940s-themed bash – and even donated 250 individual tubs for guests to enjoy as part of a traditional ‘jelly and ice cream’ pudding.

The annual event took place at the Spitfire Ground in Canterbury and whisked attendees back to wartime days, when the club was launched. Boys sported military dress or tuxedos and girls wore vintage outfits or ‘land girl’ costumes; one couple even arrived in a 1940s US army staff car. A seven-piece band played into the small hours, and a raffle raised over £500 for the group’s chosen charity, Reverse Rett.

Stacey Taylor, chairman of the Canterbury Young Farmers, said: “We were really excited when Solley’s agreed to help us design a dessert for our 70th anniversary dinner dance, and very grateful for their generous donation of ice cream. We chose Apple Pie, Butterscotch and Toffee as we wanted to echo the comforting British flavours of the 1940s – it was totally delicious, and the perfect addition to the evening!”

The Canterbury Young Farmers are no strangers to the taste of Solley’s Kentish ice cream, having visited the farm last year for a behind-the-scenes tour.

Keith Morrison, general manager of Solley’s, said: “These young people are the next generation of farmers, so we were delighted to support them. When they came to see us last year we spoke about the importance of provenance and quality ingredients, and it was great to see them again to help design their very own ‘vintage’ Solley’s ice cream. The flavour was so popular on the night, we’re even considering adding it to our range!”

Solley’s has been producing real Kentish dairy ice cream for 30 years, and is the largest independent producer in the county. The dairy sources 85 per cent of its base products from Kent and all of its milk and cream from a Channel Island herd on a neighbouring farm, keeping food miles to a minimum.