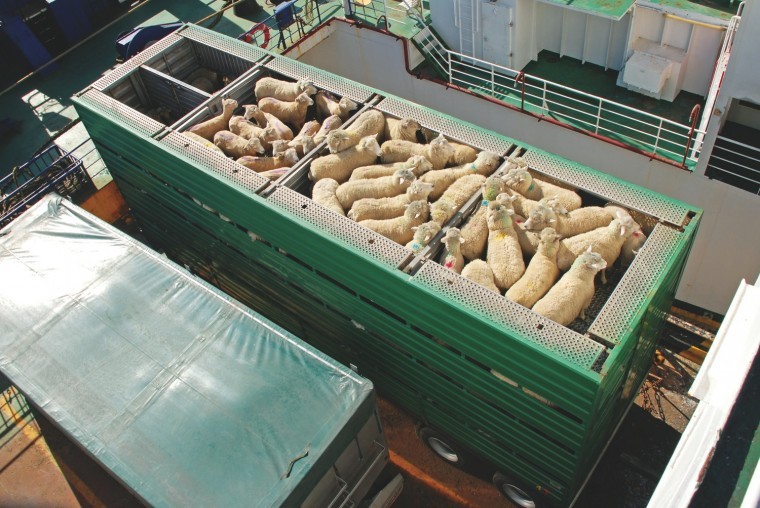 Peter Stevenson, chief policy adviser to the animal welfare organisation based in Surrey, made the call in evidence to the House of Lords select committee inquiry on Brexit and farm animal welfare. The committee’s report on the subject has recently been published.

Mr Stevenson’s request already has some support from Michael Gove, the new DEFRA secretary of state. During a recent speech on the natural environment at WWF UK’s headquarters in Woking, Surrey, Mr Gove included examining the future of live exports in his list of the kind of higher standards he wanted in animal welfare. “Cruelty towards animals driven by man’s worst exploitative instincts needs to be met with the full force of the law,” Mr Gove said.

Giving evidence to the committee, Mr Stevenson said the ban should come in “once the UK is no longer constrained by European Union law.” The UK exports about 37,000 sheep a year for slaughter abroad – to France, Belgium, the Netherlands, Germany.

Slaughter standards in France are so poor – and have been exposed as so poor so many times – that the French parliament is now conducting an investigation into them, said Mr Stevenson. “EU slaughter welfare rules are simply broken regularly. We send about 20,000 calves a year from Northern Ireland all the way to Spain, despite a lot of science showing that young calves just cannot cope with those kinds of long journey.”

Although the level of live exports has fallen greatly from 20 years ago, there are still some 50,000 a year. “The level is so low, though, that I do not believe that ending the trade would really have a detrimental impact on farmers’ livelihoods,” Mr Stevenson told the committee.

“Nor do I believe that a ban on live exports would be a World Trade Organisation (WTO) problem. If I am anything I am a trade lawyer, and WTO case law has made it very clear that trade restrictions can be justified on the grounds of what it calls public morals, and it has ruled that animal welfare is an issue of public morals in the European Union, including obviously the UK.”

There is no trade reason not to stop live exports and no farmer livelihood reason not to stop the trade, he added. “What our supporters and the wider public who are concerned about animal welfare hoped Brexit would deliver probably more than anything else was a ban on live animal exports. Once we are free of EU rules, we could end this trade.”

Crossbench peer Lord Don Curry – author of an influential report on the future of farming under the Blair government – said he thought live exports “will be a really controversial issue, because under current EU rules the free movement of goods is a principle, and this is a justification for moving animals.”

He had always found it hard to understand the emotional concerns about the issue, though. “The fact that animals cross 20 miles of water is a small matter, in my view, as they can move across boundaries in the rest of Europe. It is about the standards and the destinations of the animals beyond that. We need to reassure ourselves that they are going to be in place.”