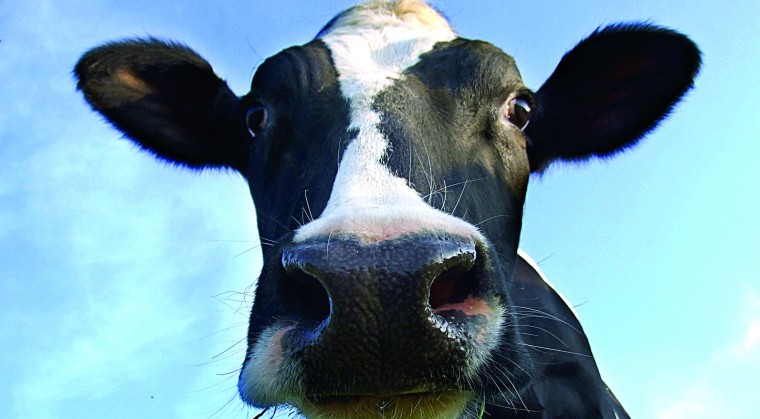 Freshways has at least 300 farmer suppliers in the south, South East and beyond. But after a wave of complaints from dairy farmers about contract terms, the NFU was forced to consult lawyers.

In a statement, the NFU said it was helping individual farmers through its legal assistance scheme which provides financial help towards subscribers’ professional costs. “The NFU is not funding any class action against any dairy company,” the statement added.

South East Farmer has contacted Freshways to ask why the contract changes were necessary, and we have not received a reply to date but we have talked to a number of farmers who explained that they were being asked to predict production over the year so that Freshways would know exactly how much each farm was supplying. When farms said that their production was too variable and they could not provide a level profile, they were hit with penalties which cut the price of their milk.

Oxfordshire dairy farmer John Hook is at Cote Lodge Farm near Witney and used to have a contract with Freshways, but left because he was unhappy and is now supplying Pensworth, a dairy company based in Southampton. “We are not getting enough for our milk and will try anything we can,” said Mr Hook. “We have been here since 1895 and saw the start of the Milk Marketing Board.”

Freshways, said Mr Hook, had given a lot of ultimatums which persuaded him to leave. “We had to give forecasts for milk production and we were penalised if we went below them and penalised if we went above. I think they were trying to get rid of a lot of people because their business model did not work any more.”

Another Freshways supplier – who asked to remain anonymous – said he had been asked to give a weekly average estimate of milk production over 12 months. Because he had been unable to comply and insisted a quarterly estimate was more reasonable, he is facing a milk price penalty. “Freshways wants a level profile, but we cannot provide it,” the farmer said. He has given Freshways notice that he wants to leave, but has signed the company’s new contract which begins from 1 April. Under the terms of this contract, the farmer has been hit with retrospective price penalties for having water in milk.

Exactly the same happened to Will Craig, who has 150 dairy cows at Gote Farm in East Sussex. “We never had a problem with water before, and then it happened in fairly quick succession,”said Mr Craig, who did not sign Freshways contract which starts on 1 April and is switching to Pensworth. “With Freshways, if you are over supplying when the average market price is down, then you are hit with a penalty,” Mr Craig explained. “They want a level milk supply, and it is difficult for a lot of businesses to do that.”

Pensworth, he said, were trying to secure supplies of milk from farms rather than buying off the spot market.

Brian Leggat, Pensworth’s farm liaison manager, said the company was putting in a second glass bottling line, making it the only dairy company in the UK with two glass lines running. The company supplies between 120 and 130 independent doorstep delivery men across the south and into south Wales and the South West. The company also supplies bottled milk buyers and a lot of school milk.

Pensworth has its own depots – including one at Bridgend in Wales – and a majority stake in Kirby & West Ltd, a Leicestershire dairy business. From 1 April, Mr Leggat said another batch of eight or so farms would be joining, taking production up to between 30 and 40 million litres over the next three years. Currently, the dairy can process about 70 million litres a year. But adding the second glass line and changing some packaging and machinery would allow expansion.