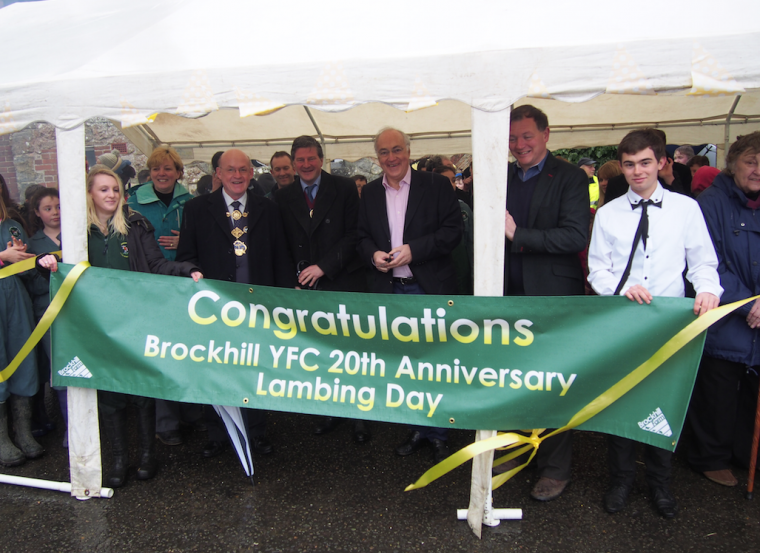 Despite the rain, 2000 visitors turned out to see the lambs at Brockhill’s 20th birthday Lambing Day on Sunday, held at Brockhill School Farm in Saltwood, Hythe.

Organiser, Donna Ashlee said: “We were overwhelmed by the number of visitors who braved the awful weather to support our event, our event has a really loyal following and it was lovely to see families who visit us year on year.”

To celebrate the 20th anniversary, a VIP event was held which was attended by Lord Howard of Lympne, Hugo Fenwick, the High Sheriff of Kent and the Mayor of Hythe and Mary Antony, Vice Chair of the Kent County Agricultural Society along with past staff and students who have been involved over the past 20 years.

“It was wonderful to see so many old faces from involvement over the years” said Donna, “In true Brockhill fashion they were undeterred by the weather and had a farm tour before taking part in the official opening by Lord Howard followed by tea and cake in the marquee, we felt it important to celebrate our 20th event, we have worked out that we’ve now raised over £100,000 for local charities over the past 20 years!”

Brockhill YFC have supported Cancer Research UK, the Kent Air Ambulance, the William Harvey Hospital as well as their own school farm.

Visitors were able to see the school farm’s newborn lambs and calves as well as pigs, chickens and rabbits.

Other attractions included Kentish food, plants, crafts and the ever popular Invicta Arachnid Club who brought a huge array of reptiles. The school’s Farm Shop was open all day selling Brockhill meat which flew off the shelves.