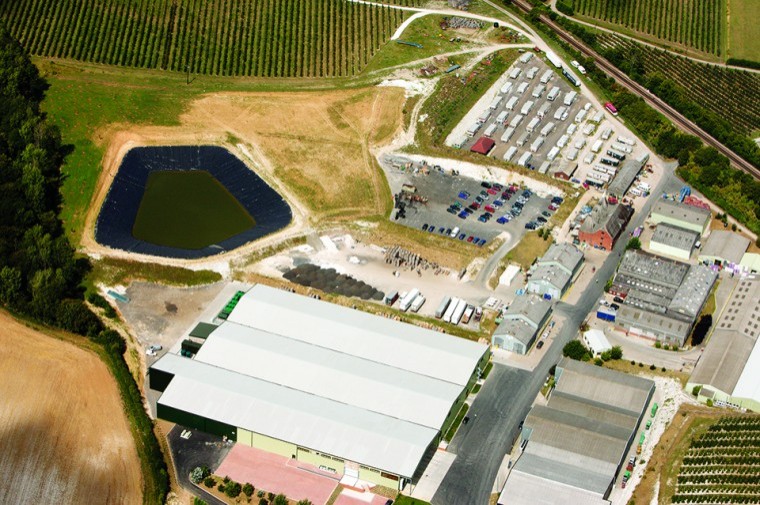 On 15 October, a letter was sent to Channel 4 News from Thrings LLP defending the employment agency Pro-Force, which has hundreds of workers at FW Mansfield’s Nickle Farm near Canterbury packing one in four of apples bought at Britain’s top supermarkets.

Nonetheless, Channel 4 News went ahead and broadcast two films under the title “Bad Apples” on 19 and 20 October using an undercover reporter to take footage showing squalid living conditions said to be endured by employees living at a site on the farm. Caravans were said to have filthy toilets, blackened sinks, sodden carpets and mould infested walls.

One couple told film makers that when they entered their caravan it smelled like a corpse. Caravans were also described as “like a ghetto” and “not fit for humans.”

South East Farmer spoke to Robert James, the lawyer at Thrings LLP who sent the letter to Channel 4 and we asked if legal action would be taken on behalf of Pro-Force. He declined to comment. But Amy Jackson from Oxtale, a public relations firm based in Oxfordshire, said: “We have and continue to take legal advice and matters are currently in the hands of our lawyers.”

In the letter from Thrings, Mr James said “…the allegations are untrue and in many cases not even credible. Our client operates a well run business in a highly regulated sector.” He added that if Channel 4 published the allegations discussed in his letter, Pro-Force would suffer “serious reputational harm.”

After both the Channel 4 broadcasts, Matthew Jarrett, Pro-Force’s managing director, said his firm upheld best practice, had passed stringent independent audits and was scrutinised by organisations such as the Gangmasters Licensing Authority (GLA) and Health and Safety Executive.

He said that he was “very disappointed” Channel 4 News had broadcast the allegations of wrongdoing, despite being given evidence that the claims were unfounded and from unreliable sources.

Mr Jarrett added that the Channel Four footage was “…a compilation of images of: a toilet and damaged wall from an old, disused portacabin that has been broken into; a surplus, disconnected sink in a caravan that was due for removal and which until recently only had a hairline fracture; and close up views of a couple of damp patches – common when vents are closed – in an otherwise clean and tidy caravan. These have been edited together to create the impression Channel 4 clearly wanted to portray.”

A claim that workers suffering sickness from a “leaking” air conditioning unit had been answered with “unambiguous evidence from the air conditioning engineer (who is not employed by Pro-Force or its client) that the fluid used in the system is non-toxic, that none escaped and that the mist was condensing air. Channel Four News ignored this conclusive evidence that there was no sickness from fumes.” A film made by Pro-Force and a television crew the day after the second Channel 4 broadcast is available on YouTube and tries to give an impression of the whole site.

The GLA regulates the supply of labour by Pro-Force and other suppliers. Paul Fern from the GLA confirmed that Pro-Force had been licensed by the GLA as a labour provider and added: “The GLA can confirm that a number of premises have been visited in the South East as part of an investigation into alleged unlicensed labour provision. This is very much an active inquiry and as such, it would be inappropriate to comment further at this stage.

“We look forward to working with the Channel 4 producers to see what additional evidence they might be able to provide that could assist our investigation, which commenced some time before their first broadcast.” He added that GLA compliance officers do inspections every year, and a list on the GLA website shows who has been visited.

Pro-Force said: “Following a recent inspection from the GLA, we conducted our own internal investigation into the practices of overseas agents – which we have only used since 2014 in the new European Union countries of Romania and Bulgaria – and became concerned about the choices made available to the workers.

“As a result we made the decision to terminate our contracts with those agents over a month ago and take the whole recruitment process back in house to eliminate any potential risk to our workers. We are aware of an ongoing GLA investigation, which we welcome, and have been able to support their investigation with our own findings. We would urge all labour users and providers to check their supply chain to make sure their staff are clear that they have a choice over paying fees.”