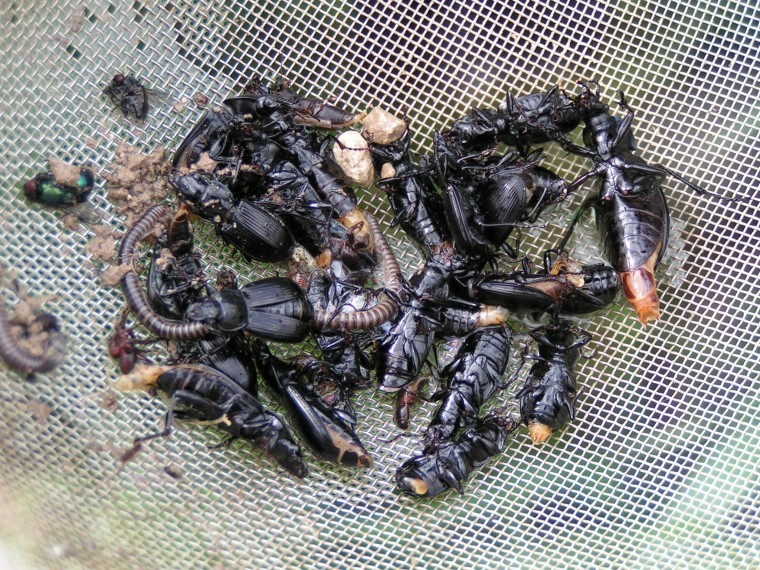 Any predator which attacks slugs is vital for arable farmers, who have already been hit by the loss of methiocarb, a pesticide used to kill the molluscs. Metaldehyde, another slug killer, is being watched closely by regulators to see how much of the chemical continues to seep into water supplies. If metaldehyde goes, farmers and growers will be left with ferric phosphate, which is more expensive and may be less effective.

Research on the three Kent farms was funded by the University of Greenwich and carried out by a team which included Dr Jeremy Haggar, head of the agriculture, health and environment department at the university’s natural resources institute; and Simon Springate, the entomologist on the study. They worked on three farms during the summer of 2013 and 2014 examining populations of beetles and rare arable flowers. The three farms were Luddesdown Organic Farms Ltd; Upper Bush Farm, a conventional arable unit; and Ranscombe Farm, which is a nature reserve farmed by Andrew Lingham and managed by Plantlife International and Medway council. At Ranscombe and Upper Bush Farm, the monitoring was done under oilseed rape and a linseed break crop in the first year and under wheat in the second year. At Luddesdown, the arable regime includes oats, wheat and rye with clover/rye grass break crops. The soils were chalk or chalk overlain with flinty clay.
“There are two fields at Ranscombe which are specifically managed for rare arable weeds rather than to produce crops,” Dr Haggar explained. “The rest of the farm is managed on a commercial basis.” Luddesdown was found to have a greater diversity of arable weeds and flowers than the commercial fields on either Ranscombe or Upper Bush Farm.

But when Dr Haggar and his team looked at predatory beetles, they found many more in the soil of the more commercial arable areas at Ranscombe than they did in comparable areas at the other two farms. “Generally, these would predate slugs and other potential invertebrate pests,” said Dr Haggar. Most of the beetles were Pterostichus, which are part of the carabid family of ground beetles.

The conservation farming at Ranscombe is a combination of zero tillage, cover crops and maintaining crop residues on the soil surface. “Andrew has said that since he switched to zero till, his slug pellet use has decreased,” Dr Haggar explained. “That would support the increase in carabid beetles.” Traditionally, it was thought that carabids wait in the headlands and invade the fields as the crop develops. “But at Ranscombe, we found they were already in the fields as larvae in March,” said Dr Haggar. “So they must have been established there for some time.”

His team concluded that beetle numbers increased because there was no soil disturbance on the fields. “With tillage, disturbance of the soil gives birds a chance to eat the larvae and may also physically damage the larvae.” Dr Haggar now wants to look at other soil types to see whether they produce the effects his team found at Ranscombe.

At Luddesdown, the team found rare arable weeds such as dwarf spurge and corn salad which they did not find on the commercial fields of Ranscombe or at Bush Farm. Some of these rare flowers were found on the two fields at Ranscombe managed for these rare plants. “On the commercial fields, herbicides are an important part of the package which Andrew uses,” said Dr Haggar. “They are used selectively with cover crops to control aggressive grass weeds.” The herbicides will discourage rare arable weeds, which probably also need soil disturbance: the two specially managed fields are ploughed annually to encourage the rare species.