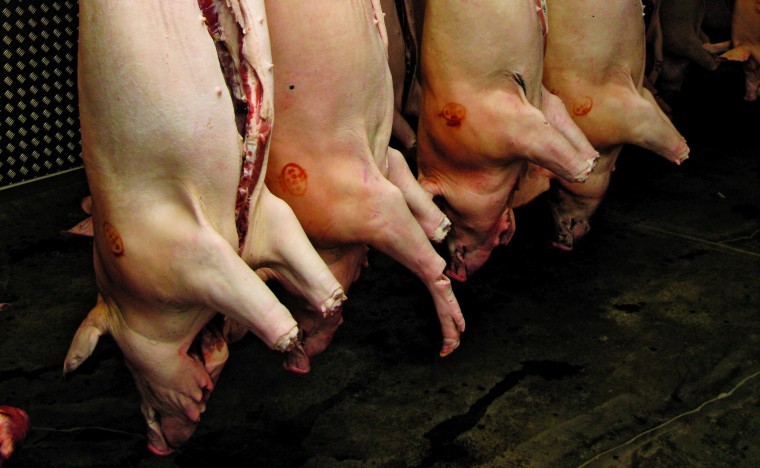 Anglo Dutch Meats Ltd (ADM) based in Charing, which was incorporated in 1985 as a slaughterer and wholesale meat supplier centering on slaughter and export to Europe, last year saw losses of almost £500,000.

Eleven staff were made redundant in March this year in a bid to save the business, but the company failed to discharge historical debt, and was placed into administration on 26 June, leaving many livestock producers owed money.

The company, which used to send three lorries of meat a week to France and Belgium, first faced problems in 1996 when exports ceased due to BSE. Following the end of the over thirty month scheme – a measure introduced to keep older cattle out of the human foodchain following disease outbreak – the company struggled to build up trade again, and they introduced a private kill service for local farmers.

An ADM director has attributed this increase to the rising costs of waste disposal, which were in excess of £10,000 a month. The property and its 1.94 acre plot is on the market for £1 million.

Rebecca Sutch, of Charing Pork Pantry, a regular user of ADM, said: “I was surprised and saddened to hear that ADM had gone into administration. It has been an integral part of our high welfare pig rearing system since we started as it is less than a mile down the road and the service is very good.

“I knew it to be very popular and have heard no complaints. As far as alternatives go, our options are limited now with a 35 minute drive on country lanes to either of our closest abattoirs which are not nearly as large or, thus far, accommodating. This is a real loss to our business both financially and practically.”

The number of abattoirs in Britain has been gradually declining over the years as a result of commercial forces that have steadily changed the structure of the meat industry.

Of the 147 largest companies in the abattoir industry, 40 are making a loss while 27 are in danger, say industry analysts Plimsoll. Nine out of 10 previously failed abattoirs were given the same danger rating two years before their demise, giving investors early warning signs.