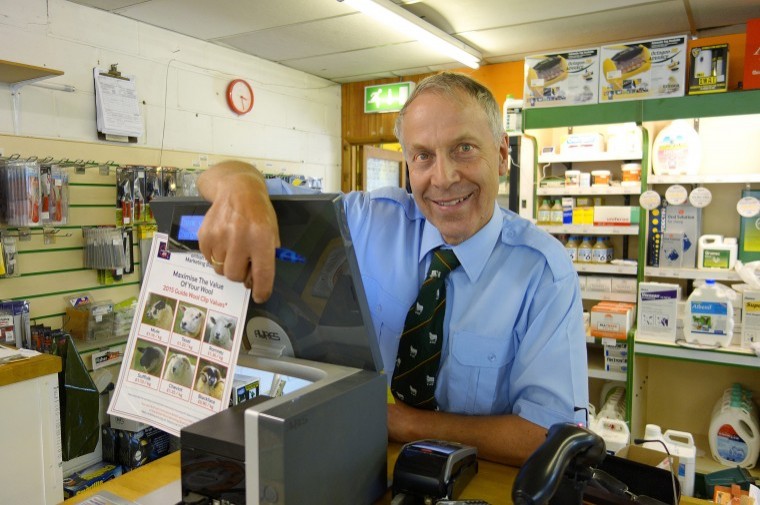 John Donovan our long and trusted employee, left Ashford Grammar School at the tender age of 16 and acted on his headmaster’s tip off, answering a local advertisement for holiday casuals at KWG. John’s father was a farm worker at Jimmy Kerr in Great Chart, so agricultural blood was already in his veins.

John was an instant hit with his older colleagues and within a short time John was offered full time work, two months before his 17th birthday.

Making tea was par for the course for a newbie in the days when tea was made with tea leaves. ‘Bloody awful tea’ was the cry from Cyril Raistrick the head grader when John dished up his first cuppa. By the time the afternoon came that cry turned into a mellow ‘Wonderful cup of tea John!’ John said, “We all collected and swapped the cards that came in the box of tea in those days, all to try and get the complete sets”.

Another character in those days was Tom Lee who was about 80 when John started. “He taught me how to tie a parcel knot, a refined art!” John remembers Tom often recalled his claim to fame – Sewing the football for the 1948 FA Cup Final.

The mid-seventies was the busiest of all the 50 years. This was the time when the Ashford Farm Market was located at bottom of Bank Street in Ashford and farmers dropped in on their way. On the last day of the tax year farmers were encouraged to spend in order to reduce their tax bill and John recalls frantically writing out receipts in the busy store. There was little legislation to get in the way, no computerisation and everything was written out by hand.

John says he has seen a declining number of farms and farmers over the years with the demand and pressure for building land. Foot-and-mouth disease played its part; crippling some farmers, plus legislation has also been tightened up.

Long standing customers who have been coming into the store and have known John for all of his 50 years include Colin and Basil Baker, brothers from Lordsland Farm near Rye and Jimmy Kerr who still pops by for the occasional chat.

When medicine legislation tightened in the eighties John took his exams and passed in 1988. Prior to that ‘grandfather rights’ stood and his knowledge sufficed; however when younger colleagues took the exam he felt he had to take exams. John took a week long course at Lincoln College and recalls there was no accommodation and eventually found shelter in a local police station for four nights!

John was Born in Dover and lived on a farm at Ruckinge for a short period. In 1953 he moved to Worting where his dad worked for Jimmy Kerr. John met his wife Linda on 18th October 1969 at the Leas Cliff Hall in Folkestone, when he went to see a group ‘Savoy Brown and the Road Runners’ and they married in 1973. He sold his pride and joy car to pay for the wedding. In 1987 he moved to Sevington where he has used his trusty bicycle to get him to work ever since.

John says he thoroughly enjoys working with KWG and wouldn’t change a thing.

“I love serving customers and listening to their needs. I have a huge respect for the farming industry and know who to call ‘sir’, who to call ‘mister’, and who to call by their first name – now all mainly by their first name. I love freshwater fishing, and knowing so many farmers, I get lots of invites to fish their ponds and lakes – it’s the biggest and best perk of the job!”

John is a local Church Warden and has been mowing the grass at his local church since 1979. He is also proud that he has donated 98 pints of blood to date with another milestone just round the corner. His wife Linda is also very proud of his 50 years’ service to KWG and the farming community.

John is famous for his newsletter jottings, and has been writing them now for over 11 years – 138 jottings to date, 139 this month and all catalogued!

John was store manager in Ashford before semi-retiring 2 years ago and now works Tuesday, Friday and Saturday mornings. Why not pop in and say hello? We’re not going to let him leave us just yet!