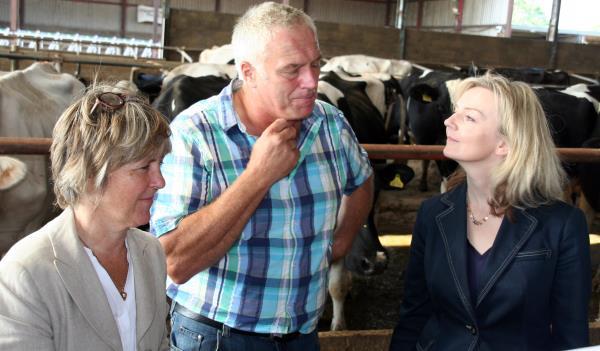 The new guidance aims, within the constraints set by Brussels, to be as simple and flexible as possible. This is part of the new Secretary of State’s drive to enable farmers to compete both nationally and internationally and take advantage of the growing opportunities that exist for top-quality British food.

Recognising the concerns of many farmers about the impact of the new greening criteria and three crop rule on their businesses, the government has sought to make them as simple and straightforward to implement.

Whether a farmer grows traditional arable, potatoes, salads or speciality crops – Defra does not want them to be adversely affected. The three crops can be grown over the course of a year. To minimise the disruption caused to businesses, a two-month inspection window of May to June has been set for the five percent of farms that will be inspected.
This should cover the vast majority of crops in England. If any crops have been harvested before 30 June, stubble will count as evidence that a crop has been grown. Defra wants more evidence to be acceptable, such as physical signs or organic matter in the soil, or photographs and records. Ministers have also committed to work with industry to explore exceptions for late-sown crops or crops with very short growing periods.
Further details on the hedge requirements have also been announced, with Defra pressing the EU for the final details.

Building on the excellent work that many farmers and landowners already do for the environment, details of the successor to the environmental stewardship scheme will be announced in the autumn. The scheme will start in 2016 and seek to achieve the best outcomes in the simplest way with the least amount of red tape.

“I want farmers and growers to be able to play their part in boosting exports, increasing self-sufficiency and ensuring that as many people as possible, from patients in hospital to hard-pressed families doing the weekly shop, are able to enjoy fresh, local and tasty food.”

“I will press the Commission for increased clarity and flexibility on greening, including a review of the three crop rule. I will champion the interests of our farmers so that they can continue to concentrate on what they do best – producing top-quality, world-class food.”

Under the new Basic Payment Scheme (BPS), greening will account for around 30 per cent of claimants’ direct payments. Defra’s latest leaflet provides updates on the new cross-compliance measures and the online payment system. It also encourages farmers to consider the opportunities available to attract bees and pollinators to their land as part of the new CAP rules. This is a key priority for the government.