How I suffered years of illness - South East Farmer 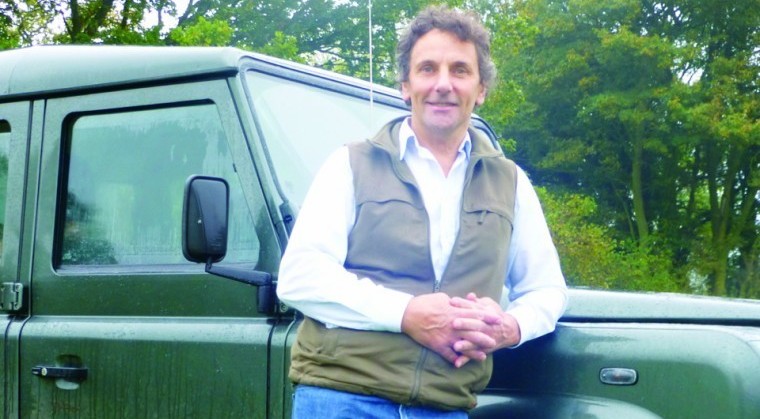 I have worked in the sheep industry extensively since the age of 13 in the early 1970s, mainly in north Hampshire and Wiltshire but with work related travel and experience in Australia and New Zealand.

During the 1980s, I established a busy sheep contracting business covering central and South East England as well as the eastern fringes of Wales and up to Bedfordshire and Buckinghamshire. The main tasks involved shearing and dipping, including dealing with sheep scab outbreaks for the former Ministry of Agriculture, Fisheries and Food (MAFF) when scab was a notifiable disease until the 1990s. I dipped many thousands of sheep during compulsory dipping throughout seventies, eighties and nineties.

After ten years of illness which my doctor was not able to explain – along with several diagnoses which I was not convinced fitted my symptoms – I realised there are many other farmers, particularly sheep farmers and shepherds, who are also suffering unexplained or misdiagnosed illnesses.

I am of the opinion there are significantly more serious illnesses among the livestock farming community than in most other walks of life.

The common factors often involve the use of chemicals on livestock to control ectoparasites, including sheep scab, and they are mainly based on organophosphate (OP) compounds used during MAFF’s compulsory dipping periods.

It is in farmers’ nature to suffer in silence about any illness or condition and they also often feel isolated in their problems. This in itself can lead to an avoidance of a visit to a GP. It is common that the partners and family are often the ones to notice changes in character and health.

Symptoms are varied and can range from, but are by no means restricted to, breathing difficulties, fevers, depression and even suicidal thoughts to headaches, muscle and joint aches, and neurological problems, with doctors reluctant to note the connection of illness to the use of OPs.

A GP often has little knowledge and guidance about the effects OP chemicals used around the farm can cause and if referring patients to a specialist, often the specialist is only looking at the symptoms seen in their field of expertise. This may lead to an inaccurate diagnosis.

I have met many people who feel they have not been fully understood by their GP and even diagnosed with an illness which they themselves are not convinced they have!

Many sufferers and bereaved loved ones are struggling to understand why they or their partners have suffered ill health and poor quality of life at such a young age.

With the ending of organisations such as OPUS and OPIN, who gave guidance to OP sufferers, Joanne Lunt and myself have decided to launch a campaign to build up a database for people who feel their health has deteriorated and also come into contact with OPs. We are particularly keen to hear from those who have been exposed to sheep dip.

Our aim is to ascertain if there is any connection between poor health and sheep dip and hope this will help everyone establish the scale of the problem.

I would like to see a better understanding in the NHS and more help and guidance available. It is very important for doctors to understand that OPs can affect people neurologically and this in itself can make the patient unable to pursue or follow up any appointments or treatments offered.

Some help is available, but this is often very expensive and not an option for many farmers who have suffered ill health and financial setbacks because of it.

If we can urge people to come forward, then we can inform them about where to go for help and guidance. With contact details lodged, we can inform people of future events and progress being made and also help them obtain reports and information relating to their condition.

Jo and I have had a good response so far and would like to see further involvement from farming groups and organisations, which should understand and help any members who may be suffering from an occupational health hazard.

More awareness of the serious health issues surrounding sheep dips and other farm chemicals should be promoted. It would be far more prudent for the NHS to acknowledge symptoms and conditions caused by sheep dip than to struggle to fit patients into a category which does not tick all the right boxes.