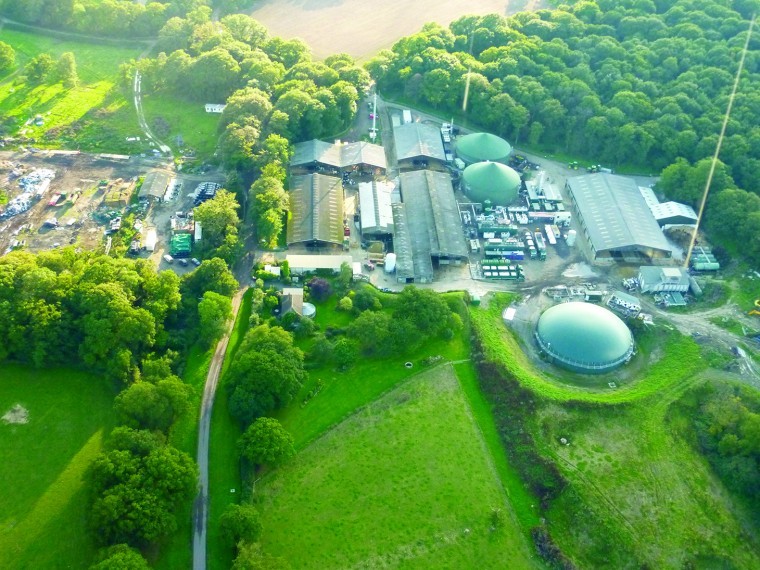 In 2010 Crouchland Farm in the village of Plaistow, West Sussex opened an AD plant to take waste from the dairy herd and produce gas to make electricity for the farm with the surplus being fed to the grid.

Since 2010 the operation has expanded to involve 44 tonne tankers bringing crops from farms to power the AD plant. Food waste used to be imported as well. In return, digestate is taken back to the farms and biomethane is exported.

It is the increase in size from the original plant serving just the farm to today’s industrial operation involving other businesses which protesters say has caused noise, disruption and safety issues from the lorries and pollution from the lagoons holding digestate.

“Much of the expansion has happened without planning permission,” said one of the protesters, who have formed a group called Protect Our Rural Environment (PORE) to make their case. The protester did not want to be named for fear of reprisals from Crouchland Farm’s management. “This is inappropriate in a tranquil rural location with poor access lanes which are single track in places.”

PORE will be among those attending a two day public inquiry hearing in Chichester on May 12 and 13 when a certificate of lawfulness granted to Crouchland Farm will be examined. “We feel this hearing is crucial because as a result of it, Crouchland Biogas Ltd – which operates the plant – may be told they cannot export gas or import waste,” said the PORE spokesperson. “If they cannot do that, there is not much they can do.”

On 17 May, a reconvened public inquiry will be held by a traffic commissioner to examine whether Farm Fuels Ltd – which is owned by Crouchland Biogas – breached its operator’s licence by effectively using Crouchland Farm as an unauthorised HGV operating centre.

In addition to the appeal against the reduced certificate of lawfulness which is being heard on May 12and 13, Crouchland Biogas is currently appealing against a refusal of a retrospective planning application for the expanded AD plant and two enforcement notices which covered the infrastructure and the production and export of biomethane.

South East Farmer contacted Crouchland Farm but no one was available to comment. However, a statement on the farm’s website says: “We are a well established working farm that supports more than 20 local jobs. Our anaerobic digester is essential for keeping Crouchland Farm open for business, enabling us to provide these jobs for many years to come.

“Our digester works by using microbes to break down organic material to produce biogas. The material we use is sourced entirely from our land and the local area, and the end result is enough clean, renewable biogas to fuel up to 3,850 homes per year.

“We are keen to listen to and work with the community wherever we can.”