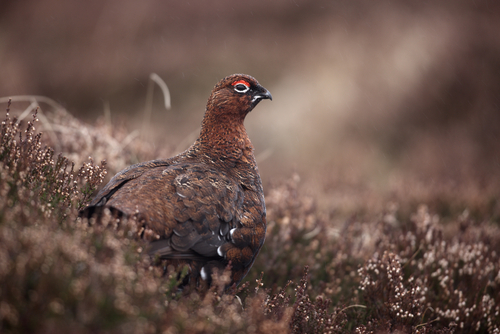 The British Association for Shooting and Conservation (BASC), the UK’s largest shooting organisation with a membership of over 140,000, has warned that the Green’s election pledges have not been thought through and would devastate the British countryside.

The Green’s manifesto states that it will ban “all hunting of all animals for sport or pleasure”; “end the practice of grouse shooting and other ‘sport’ shooting’” and “end the use of snares.” BASC has warned that these policies will result in significant damage to conservation and the economy, damage people’s livelihoods and threaten the viability of some rural communities.

BASC chairman Alan Jarrett said: “These sweeping policy pledges threaten to cause chaos in the countryside and will have far-reaching unintended consequences. Far from helping conservation and other Green Party aims, they would result in the immediate end to conservation work carried out as part of shooting and inflict mortal blows to rural communities which depend on shooting to remain viable. The Green Party has consistently refused to meet and discuss issues with BASC throughout the five years of the last Parliament. However we will continue to work with those individuals within the party who do not support the closed-doors and closed-minds approach of the party leaders.”

BASC chief executive Richard Ali said: “The latest research shows that shooting is worth £2 billion to the economy every year. People involved in shooting generate conservation work valued at a quarter of a billion pounds per year. It would require 16,000 full-time conservation jobs to replicate that work. The Green Party has not thought these policies through and has consistently refused to consider the evidence.”

“The facts are that the Greens’ policies will damage the countryside, damage the economy and damage conservation. Policy must be based on sound evidence and be tightly focussed to address specific problems. The Green Party, however, has refused to consider the facts, the evidence or the wider implications of policies which will have the opposite effect of their stated aims.”

“Shooting’s contribution to conservation is well-documented, well-founded and widely recognised by government and conservation agencies. It is carried out by individuals, by clubs and syndicates and through partnership-based initiatives such as BASC’s Green Shoots programme. Shooting is an important element in landscape-scale conservation. The Greens would wipe this away at a stroke based on ideology not evidence. Our offer to discuss the evidence with the party remains open.”