» Government told not to spend too much on dredging 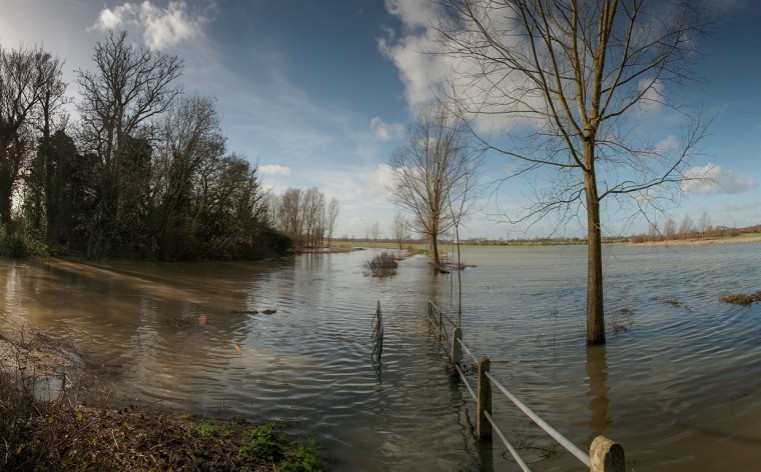 In a tough report to chancellor George Osborne ahead of the autumn statement on 3 December, the Blueprint For Water partners say other options must be considered.

Farming organisations and DEFRA saw dredging as a key part of the solution to last winter’s floods which devastated the Somerset Levels and other parts of the country including Kent, Oxfordshire and West Sussex. There are already fears that torrential rain and high winds this winter could repeat what happened earlier in the year.

But in the report called “Dredging up trouble,” the Blueprint For Water partners – which includes the RSPB, Friends of the Earth, the Salmon and Trout Association, the Institute of Fisheries Management and the Chartered Institution of Water and Environmental Management – say the government “must resist playing politics over winter flood measures.”

The report’s authors emphasise that failure to consider all options will be in breach of DEFRA’s own rules which ensure that the Environment Agency (EA) targets its limited budget to areas where the benefit to communities is greatest. Recent studies have shown that dredging can, in some cases, make downstream flooding worse by moving water too quickly down river catchments.

Janina Gray, who chairs the Blueprint for Water and is head of science for the Salmon and Trout Association – which is based in Hampshire and Kent – said: “We are concerned that, in its eagerness to be seen to be doing something, the government will increase investment in dredging. This could exacerbate, rather than reduce, flood risk in areas and cause environmental damage. It would also reduce the likelihood of other more effective solutions being taken forward.”

The coalition has submitted a formal response to the Treasury consultation on the autumn statement, which closed on Friday 17 October, 2014. “Dredging up trouble” highlights ten principles, one of which says that 4,500 EA staff were involved in last winter’s emergency flood work, including 800 who don’t usually work on flood management. “With more than a thousand jobs expected to be lost in the EA alone it is doubtful whether the sufficient resources will be available to cover future flood events.”

Another principle says farmers receive £2 billion a year in subsidy on the condition that minimum legal safeguards are met including safeguarding soils so they don’t wash off fields and clog our rivers. “EA surveys have found thousands of soil erosion issues yet only a tiny percentage result in enforcement action.”

Nick Botting, who is clerk/engineer to the Romney Marshes Area Internal Drainage Board (RMAIDB) working in Kent and East Sussex, said any money would be welcome from the chancellor to help sustain the five year programme of de-silting which the EA has begun on certain stretches of the main rivers in the board’s district.

But Mr Botting added that dredging on its own was not the answer to flood prevention. For example, the RMAIDB annually weed cuts about 340 kilometres of board adopted watercourses to help improve conveyance of water: this year, the cutting is already around 80% complete.

“In the past, weed cutting was done by hand which did not cut particularly close to the bed of the watercourse,” Mr Botting explained. “So dredging would be conducted on a cycle to ensure silt was removed. Today, though, annual mechanical weed cutting removes a small portion of the silt with root material so that the RMAIDB does not dredge on a cycle, but on specific need.” He added that there is little point in dredging a watercourse if there are other issues impeding flow such as poorly maintained infrastructure.

“For instance, there are other assets that require maintenance to help prevent flooding such as pumping stations, sluices and flap valves and these all need to be working correctly. Dredging, where appropriate, can help towards reducing flooding and additional funding is welcome. But it is not the only solution.”