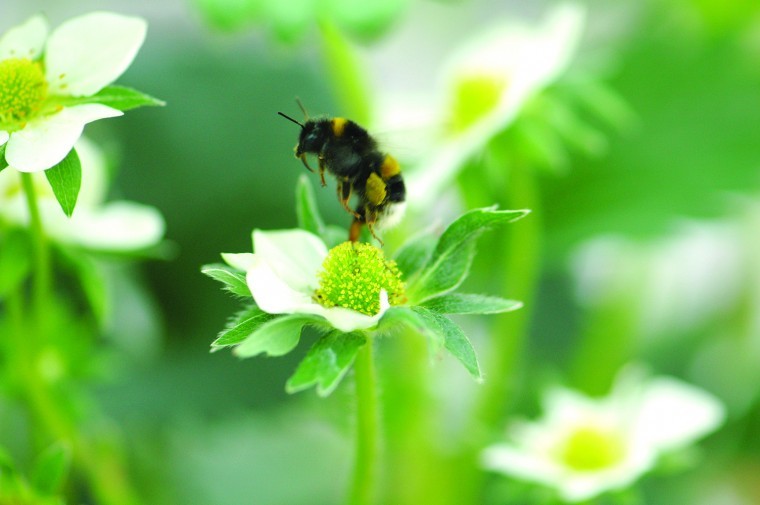 Agri-environment schemes funded through the common agricultural policy have been introduced to try to halt and reverse the decline of bumblebees. Their numbers have been falling because changes in farming have largely removed flowers from the landscape, leaving the bees with little to feed upon.

In England, two tiers of environmental stewardship were in place between 2005 and 2014: entry level stewardship (ELS) was open to all farmers, whereas higher level stewardship (HLS) was more rigorous and gave payments for planting bee friendly plots or strips along the sides of fields.

Plants were chosen for their popularity with foraging bees and included common bird’s foot trefoil, common knapweed, red clover and alsike clover. University of Sussex researcher Thomas Wood was supervised by bumblebee expert Professor Dave Goulson and compared farms with and without HLS schemes to measure the abundance of bumblebee colonies.

He found significantly greater numbers of common bumblebees on HLS farms and, crucially, evidence of far higher nesting density, indicating population growth. This is the first evidence that these schemes can actually boost the size of bumblebee populations.

Mr Thomas added: “The flower rich strips on farms may be too few and too scattered in the landscape to benefit those species unable to cover larger distances. These rarer species could be helped by targeting planting on land near existing colonies and improving the plant quality of existing buffer strips and hedgerows.”

Bumblebees are among the most ecologically and economically important pollinators in temperate regions but, like other pollinators, are declining worldwide. Of the 25 UK bumblebee species, two have become extinct and eight have declined substantially since 1940.