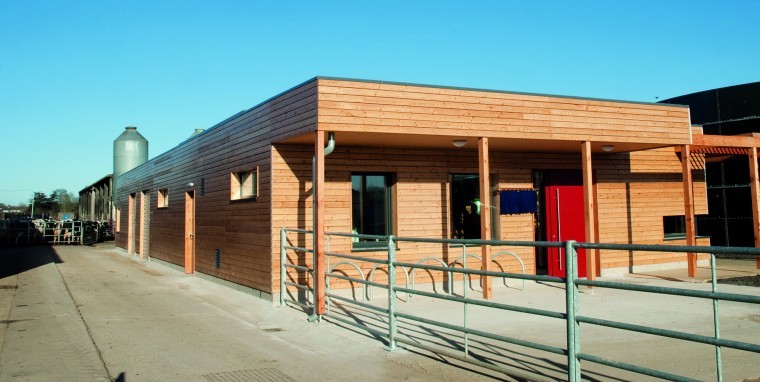 Ecotricity said the six megawatt plant will convert grass harvested locally into green gas, providing enough energy to supply renewable heat to almost 5,000 homes each year. The gas will be used to supply the college and local residents via the gas grid. Digestate which is a by product of the AD process will go back on farmers’ fields to improve the soil.

The project is planning to boost farmers’ incomes by:

Discussions with surrounding communities are being held before a planning application is submitted. The grass feedstock will be transported directly to the site from the B3049 up Westley Lane to the college farm, avoiding Sparsholt village entirely. The management and routing of vehicles from the existing farms is under consideration and will be included in the planning application.

Sparsholt and Ecotricity say the first source of grass will be from marginal grassland pasture that is little used for grazing. Statistics from DEFRA show that the UK countryside has 8.4 million hectares of marginal land nationwide. The amount of grassland used for grazing cattle has almost halved since 1990, leaving more underused grassland that can be harvested

Grazing livestock numbers have declined over the last decade mainly due to changes in subsidies, the ADS project partners say. Farming styles have changed over the past two decades with livestock now housed in large barns for much of the year rather than grazing in fields.

The second source of grass will be a break crop (i.e. grown in rotation for two to four years), on lower quality farmland which is currently used to grow feed crops for livestock animals. “We will not use medium to high quality land that is used to grow food without providing additional food crop benefit to the land and its environment.”

National Grid forecasts that efficiencies in domestic and commercial gas use will need to reduce consumption by a quarter from 557 terawatt hours (TWh) to 416 TWh by 2035 to meet legally binding climate change targets. Sparsholt and Ecotricity argue the UK could theoretically meet 95% of that consumption by making green gas from grass based on each AD plant producing 78.84 gigawatt hours of gas per year from 1,670 hectares of grassland.

Tim Jackson, college principal, said the development would put the college at “the centre of what is the future of gas generation in Britain.”

Dale Vince, Ecotricity’s founder, said: “We are at the beginning of a revolution in gas, not from fracking but from farms – there’s a whole new industry waiting to be created here, meaning more jobs and plenty of economic benefits.