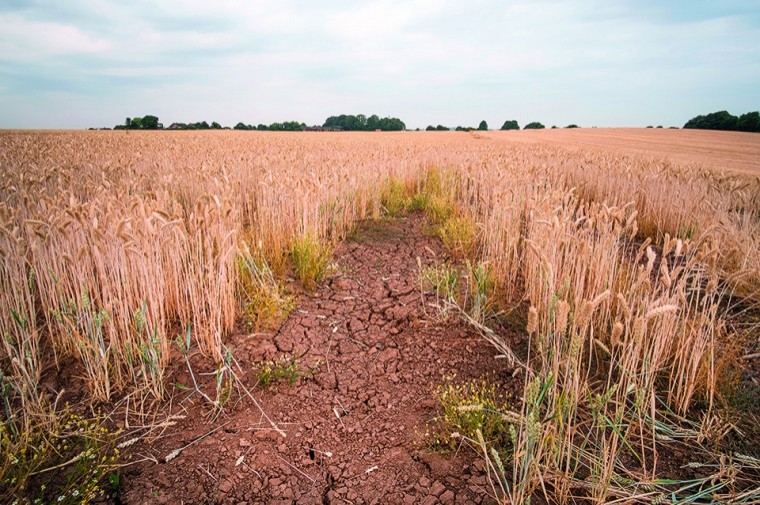 During July, the Royal Agricultural Benevolent Institution (RABI) based in Oxford received 73 new calls or referrals for help due to financial pressures. This was a 66% increase on last year, with many of the calls due to debt, illness, accidents, and disease in animals. About 12% of the new applicants cited adverse weather conditions as a key cause of current difficulties. RABI is still having calls from farmers whose sheep died in the freezing conditions earlier this year.

RABI’s head of welfare, Trish Pickford, said: “For many, it’s been a difficult year. We expect to see a further increase in referrals over the coming months due to the knock on effects of the hot, dry weather. With reduced income and higher costs possible, it could be hard for some families to make ends meet.”

Mrs Pickford added that RABI could not help farms which had run out of fodder for livestock or pay for more supplies as this would be a business cost. “But if buying in fodder has made them stretched on their domestic budget, we could give a grant to help with that.” If the farmer is still working, the financial help would be temporary and could be more than one grant. If someone needs help because they are no longer working – due to retirement or illness, for example – then RABI has the potential to help them financially for the rest of their lives.

RABI was among the organisations which met with NFU president Minette Batters and environment secretary Michael Gove in Westminster for a drought summit. Mr Gove said there was a need for “greater flexibility” this year to support farmers, but that more summers like this one would require an overall change in thinking.

Malcolm Thomas, RABI chairman, said: “We usually find there’s a time lag between someone suffering hardship and contacting us for help, so we expect to receive even more calls in the coming weeks and months. Drought related issues will last long after the rains have come. A lot of farmers will be playing catch up through the autumn and beyond.”
Mr Thomas spoke with representatives from the Welsh government and others to discuss concerns, share information and plan a way forward. He added: “It is clear that as the winter approaches, fodder availability is going to be a major problem.”

As well as providing grants, RABI can help with anything from disability equipment and helping people to appeal if they have been turned down for disability benefits to dealing with credit card debt and helping people having to provide rental deposits for their home. If you need help call RABI on 0808 281 9490.