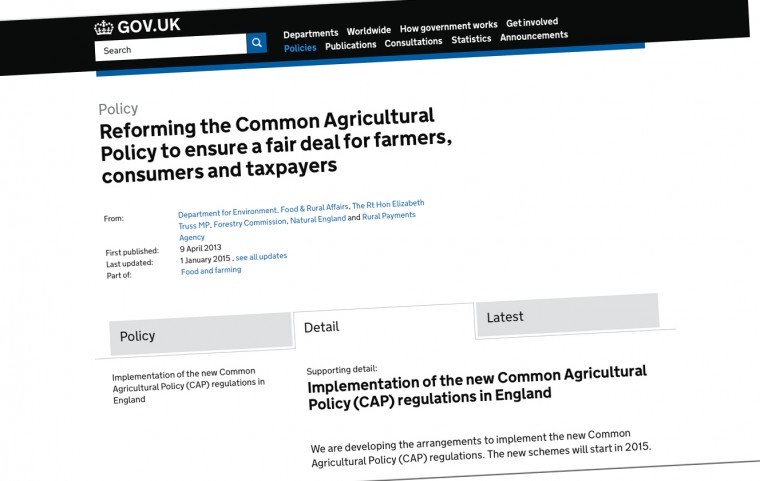 A consultation from the Environment Agency spells out how plans to stop farmers polluting will cost the industry £180 million a year for the next 37 years, or a colossal total of £7 billion.

The costs will come from complying with the European Union’s aim of achieving “good ecological status” in every water body by 2021 – a legal requirement under the water framework directive.

The NFU is urging farmers to respond to the consultation on draft river basin management plans which sets out how the EA and DEFRA will deal with pollution from farms. The consultation – which is currently open and runs until 10 April 2015 – is at <www.gov.uk/government/consultations/update-to-the-draft-river-basin-management-plans>

The EA argues that about 20% of watercourses are affected by pollution from rural areas, such as sediment, phosphate, nitrates and pesticides – and that most pollution in rural environments results from farming activities.

About 53% of watercourses are affected by groundwater and surface water abstraction, and the EA says that water abstracted by farming can harm the ecological status of rivers and wetland habitats, which is an offence under the water framework directive.

Tom Ormesher, the NFU’s environment and land use adviser for the South East, said there was a risk of extra legal restrictions on farmland management unless farmers can show they are committed to making more improvements in run off and water quality. “All the unresolved risks are there in the headline figures for the costs to the industry,” Mr Ormesher said. “But the specifics of what this means to the industry have not been spelt out to us.”

In the consultation, among other things the EA says it will:

Drinking water supplies are classified under the water framework directive as drinking water protected areas (DWPAs), which are already in place. Surface water DWPAs span the whole of the South East river basin district from the River Test in the west to the Little Stour in the east; and they cover most of the Thames district, including parts of the Rivers Cherwell, Lee, Thames and Medway. About 45% of surface DWPAs are non compliant in the South East and 53% in the Thames district.

The main issue here is pesticides, and there are particular concerns with metaldehyde, the active ingredient in slug pellets. Metaldehyde is highly soluble in water and difficult to remove using treatment technology, and so voluntary catchment restrictions are being explored to see if this improves raw water concentrations. DEFRA is already exploring further legal restrictions should the voluntary approach fail.

Alongside metaldehyde there are also concerns about propyzamide, carbetamide and metazochlor, the herbicides used in black-grass control during oilseed rape rotations. “Taken together with the restrictions on flea beetle control through the loss of neonicotinoids, this could add to pressure on the range of chemicals available during an arable rotation,” said Mr Ormesher.