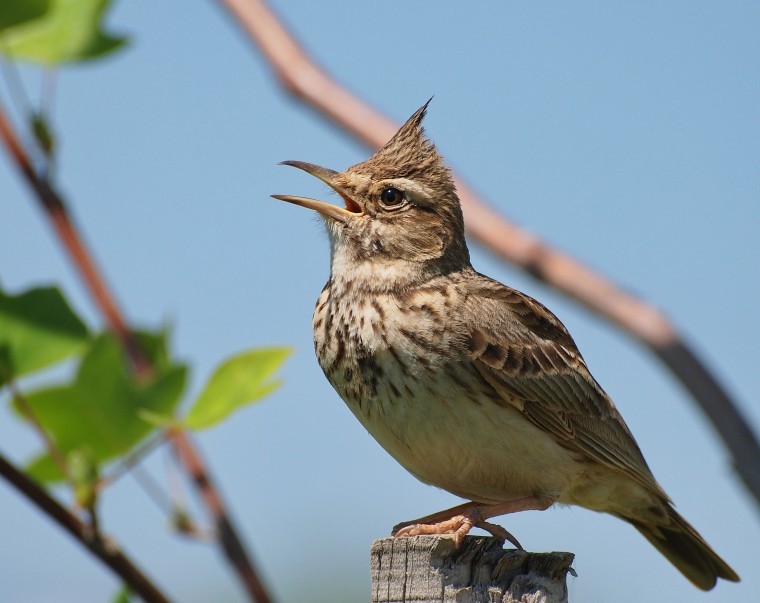 The key for organisations such as the RSPB is to ensure that NELMS provides more improvements for farmland birds over a greater area than the old environmental stewardship schemes.

The indicator has been tracking the fortunes of 19 bird species which are dependent on farmland. “Although partly driven by exceptionally bad weather in 2012, it is disappointing to see the underlying steady decline of the UK farmland bird indicator has continued,” said Bruce Fowkes, the RSPB’s farmland bird adviser in the South East.

“The poor summer in 2012 meant that finding food was more difficult than usual and breeding conditions were less than ideal. However, we still need to see more bird friendly habitat across the wider countryside, and agri environment schemes are vital in providing this.

“In areas where we are working with farmers to provide a network of habitat for birds, a survey in 2014 indicated that skylark were found in 83% of one kilometre survey squares on the Sussex Downs. This is compared to skylarks being found in 55% of squares across the whole of East and West Sussex.”

Mr Fowkes said that this data came from the first year of the South Downs farmland bird initiative, which is organised by the national park, Natural England, the Game and Wildlife Conservation Trust, the RSPB and farmers and landowners. He explained that the South Downs is already a “very good landscape” for farmland birds, and distribution maps showed there was already “lots of very good coverage” for HLS and the entry level scheme (ELS) along the top of the downs. The next survey for the initiative should give farmland bird data right across the downs as opposed to just the Sussex side, he added.

The RSPB’s South East farmland advisory team is working with more than 300 farmers to put in place measures to help reverse the decline in farmland bird numbers. These include planting special crops which provide insects and seeds for foraging birds, and leaving spaces for ground nesting birds in crops.

If NELMS is to work, Mr Fowkes said agreements with farmers would have to be much more targeted at providing habitats all year round so that the risk of farmers only choosing summer or winter bird feeding options was avoided. “The agreements should also encourage farmers to collaborate so that if one could only provide winter habitat, another could provide summer habitat. That would be a big improvement.”