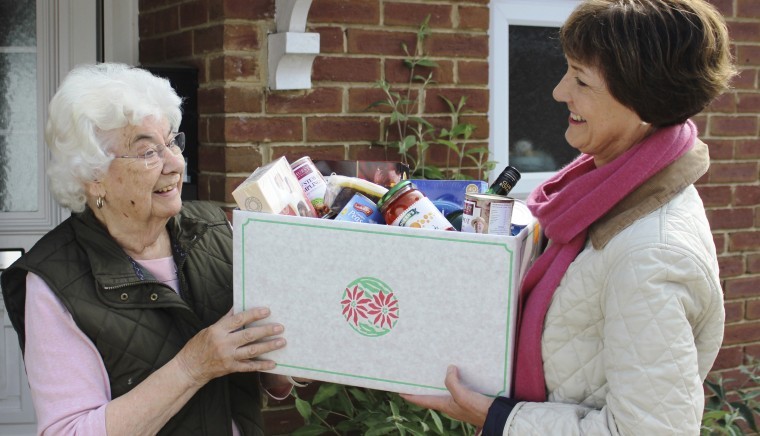 Farming charity R.A.B.I will be distributing more than 650 hampers this Christmas, at a cost to the charity of £40-£50k.

The Royal Agricultural Benevolent Institution (R.A.B.I) is the farming sector’s oldest and largest charity and supports families in financial need. The charity, whose patron is HM The Queen, gives out around £2m every year to farming people of all ages across England and Wales.

Trish Pickford, R.A.B.I’s head of welfare since 1998, said: “I’ve occasionally been asked why we send out hampers; aren’t they old-fashioned, Dickensian even? The answer is they are perfect way to meet a basic need and at the same time bring joy and happiness to people whose lives are very difficult.”

The charity’s Christmas hamper campaign has been going for 12 years. In some parts of the country, such as Devon and Somerset, volunteers even deliver them personally to the door while elsewhere, the hampers are distributed by the Leeds-based family firm that produces them, Festival Foods.

Typically, the hampers contain essential staples plus some festive treats such as mince pies, biscuits and chocolates. The hampers usually contain a pack of Christmas cards – and the charity even sends its beneficiaries birthday and Christmas cards too!

Paul Burrows, R.A.B.I CEO, said: “Christmas can be the loneliest time of the year for many, so the hamper campaign is really about recognising that. The knowledge that someone has thought about them this Christmas, that they are not alone, can lift the spirits – as can the child-like experience of opening up a hamper to see what unexpected treats lie inside.

“The people we send hampers too are often elderly and isolated. Many are widowed or missing loved ones. Some won’t get any other gifts this Christmas. Giving them a hamper shows someone’s thinking of them.”

You can donate to R.A.B.I’s Christmas hamper campaign at www.justgiving.com/campaigns/charity/rabi/christmas-hamper-campaign-2017

An individual hamper costs £50 while a double hamper for a couple costs £75.